Aadhaar cards to be collected from registered electors of Chandigarh 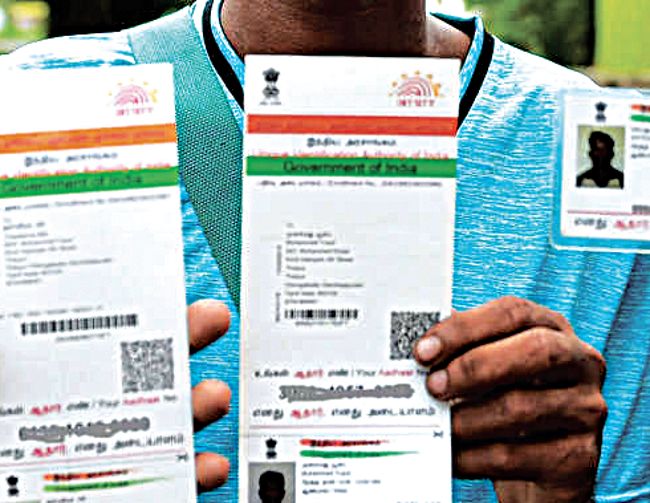 The UT Election Department will implement the latest amendments to the election rules in the city from August 1.

The UT Election Department will implement the latest amendments to the election rules in the city from August 1.

The CEO stated that the Election Commission of India conveyed the amendments made by the Ministry of Law and Justice to the Representation of the People Act, 1950, and the Representation of the People Act, 1951, vide the Election Laws (Amendment) Act 2021 dated December 30, 2021, including linking of Aadhaar with voter ID card and multiple qualifying dates etc.

On the direction of the Election Commission, Aadhaar would be collected from the registered electors of Chandigarh for the electoral registration purpose, he said.

From August 1, there would be four qualifying dates such as January 1, April 1, July 1 and October 1 for enrolment in electoral rolls, the CEO said, adding that there would be gender neutral provision for service and special electors.

Further, the updated forms mentioned in the latest instructions would be used in the coming special summary revision of photo electoral rolls. The AEROs were also briefed about the amendments to the forms. The amendments regarding forms would be uploaded on the website of the CEO, Chandigarh, i.e. ceochandigarh.gov.in for the information of general public.

He said the AEROs were directed to provide the training regarding the amendments to the election rules, IT applications (Garuda App, NVSP, Voter Portal and ERO Net) to the BLOs working under their jurisdiction.

The Chief Electoral Officer also reviewed the progress of the disposal of forms and directed all AEROs to dispose of the forms in a time-bound manner. It was also stated that from now onwards, electors photo identification cards will be delivered to the registered electors through post with the help of the Postal Department, Chandigarh.