Chandigarh: Triangular Mayoral polls on the cards : The Tribune India 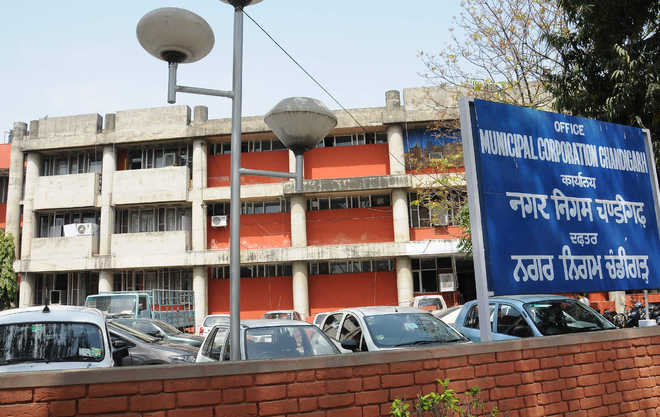 Unlike last time when there was a direct fight between the BJP and AAP in the Mayoral elections, the coming polls, to be held next month, are going to be a triangular contest.

The city Congress had abstained from the polls held in January this year. However, this time, it wants to field its candidates for all three posts of Mayor, Senior Deputy Mayor and Deputy Mayor, subject to the last minute calculations and backdoor understanding with other parties.

“It could be possible that the Congress may have an outside understanding with the BJP or AAP for allowing it to get its candidates elected to the posts of Senior Deputy Mayor or/and Deputy Mayor in lieu of leaving the Mayor’s post,” said sources. The Congress may emerge as the kingmaker in the next mayoral elections. However, city Congress president HS Lucky said, “So far, we want to fight all three posts. However, a final decision will be taken in our party meeting. We should be given a chance to have our Mayor as the BJP has miserably failed this year in the MC and unlike our party, AAP has no experience to run the corporation.” Though the Congress had won eight seats in the 35-member municipal corporation House elections in December, 2021, its strength decreased to six as two of its councillors, Devinder Singh Babla and Gurcharan Jeet Singh Kala, had later joined the saffron party.

Meanwhile, AAP, which has 14 councillors in House, is more than confident of winning the mayoral polls. “101 per cent, we are going to have our candidate as Mayor. We have a strategy in place,” said city AAP president Prem Garg.

While the BJP, which has 15 votes, including 14 councillors and one of the local MP, who is ex-officio member, too, is confident of bagging all three positions. “We are the largest party and by all means, we will win the polls. The two parties cannot afford to do any settlement owing to political compulsions. Also, AAP has so much groupism,” said Arun Sood, president, city BJP.

Meanwhile, Harpreet Singh, the SAD’s only councillor in House, said the party was yet to take a call on the matter. The SAD had stayed off the mayoral polls last time.

The one-year term of the incumbent Mayor, Sarbjit Kaur, is coming to an end next month.

AAP: Yogesh Dhingra | Damanpreet Singh, though many others are in the race