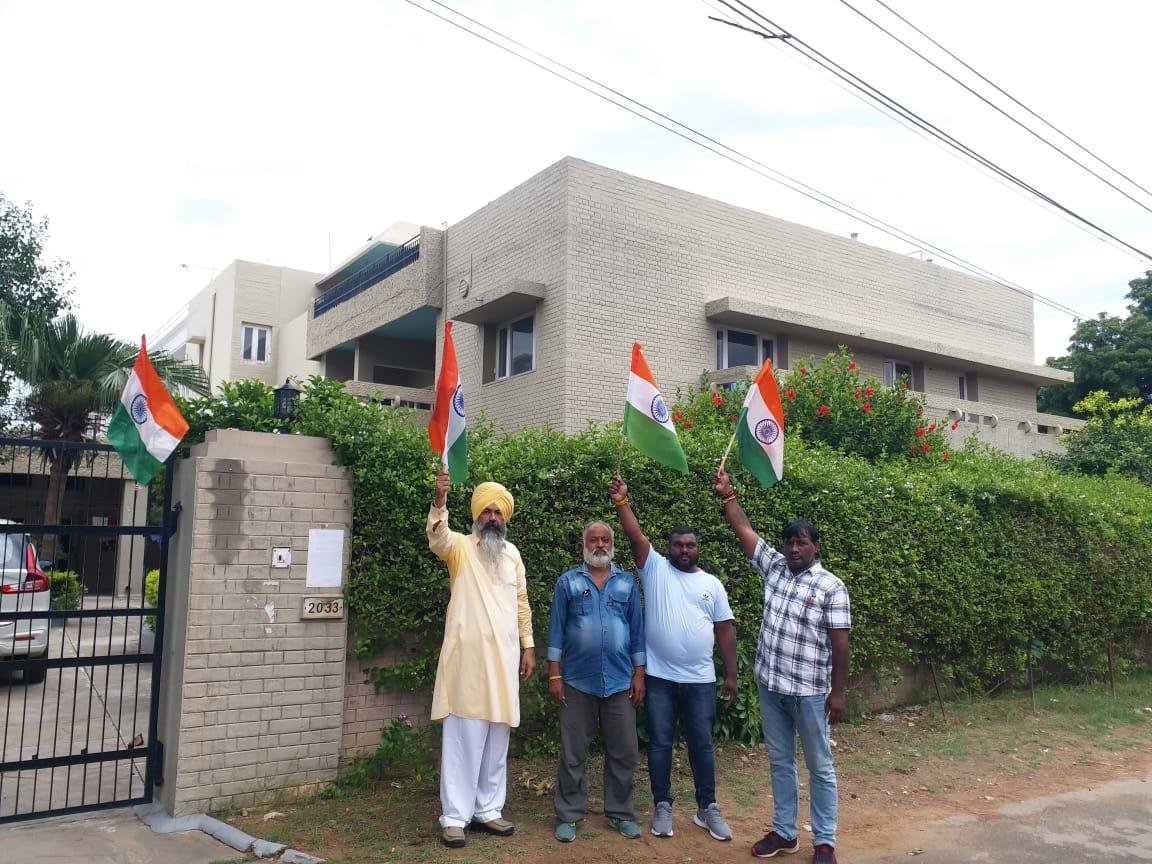 A Congress leader and his supporters outside Pannu's residence.

Amid the ‘Har Ghar Tiranga’ campaign, the Indian flag was put up at the Sector 15 house of Gurpatwant Singh Pannu by a Congress leader here today. Pannu is the chief of banned terror outfit Sikhs for Justice (SFJ).

Congress leader Gursimram Singh Mand from Ludhiana, along with his supporters, arrived outside Pannu’s house this afternoon and raised slogans. They were carrying Indian flags, one of which was put up at the main gate.

Satya Narayan, a security guard at the house, said a group of people arrived at the house around 1.40 pm and raised ‘Bharat Mata Ki Jai’ and ‘Inquilab Zindabad’ slogans.

“When I came out to enquire, one of them asked me if I had any objection to them putting up a flag at the gate,” he added. They also put up a flag outside a house opposite to Pannu’s residence.

The guard said the house had been lying vacant with just him and a caretaker, Surinder, residing there with their families. “Nobody visits the house. We get salaries in our bank accounts every month,” he added.

The SFJ founder had been asking people to hoist Khalistan flags at key places on Independence Day. He has also been luring such individuals with money.

‘Lying vacant, no one visits it’

The house has been lying vacant. A caretaker and I reside here with our families. Nobody visits the house. We get salaries in bank accounts every month — Satya Narayan, guard at Gurpatwant Singh Pannu’s residence