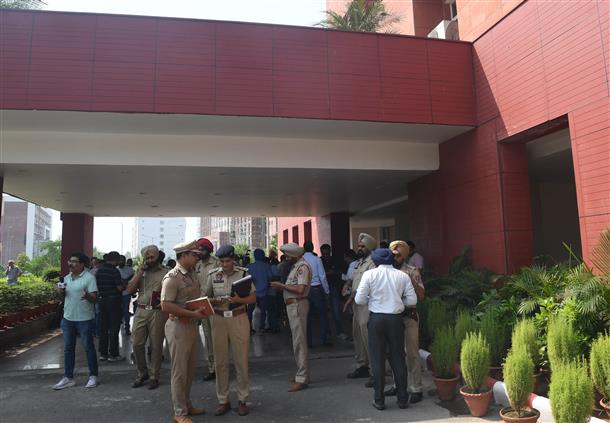 Chandigarh University, Gharuan, which was on the radar of the prime time shows yesterday, has always tried to be in good headlines, be it for launching social welfare activities or hogging the limelight by involving political dignitaries.

Not only the university, but its management also rose to new heights in the past years. Founded by its Chancellor Satnam Singh Sandhu in 2012, the university has seen a tremendous rise in its leadership. Sandhu, who is never associated with a political outfit directly, has suddenly turned out to be a big name, following the formation of the Chandigarh Welfare Trust (CWT) and the New India Development (NID) Foundation. Both these NGOs are working on community welfare projects in Chandigarh. Many local politicians are not happy with his strong emergence on the scene.

Recently, both NGOs set a new world record for the forming the largest human image of a waving national flag at the cricket stadium in Sector 16 to commemorate Azadi Ka Amrit Mahotsav. His closeness with the BJP central leadership has also put him under the limelight.

Not only on the political front, the university has also surprised everyone by excelling in the 2022 QS World University and NIRF rankings. Around 20,000 students, including 4,000 women students and international students from 54 countries are at present enrolled with the varsity. Adjudged as Asia’s best and fastest growing private university, the university has earned top rankings in terms of academic quality, diversity and environmental sustainability.