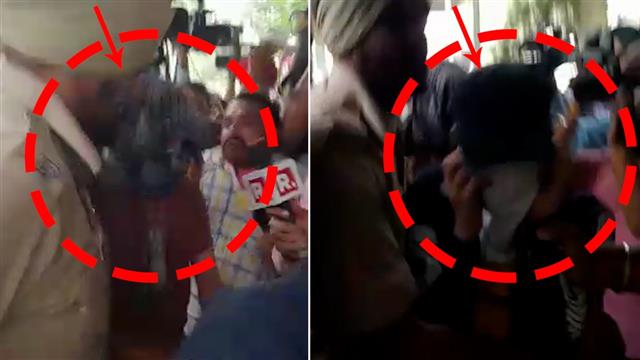 Video grabs of the accused in custody.

The two suspects, Sunny Mehta and Rankaj Verma, in the alleged video leak case at Chandigarh University, have been taken by the police to their homes in Himachal.

They have been taken to recover pen drives, computers and other devices.

The police suspect the photos and videos were also stored on the other devices.

Police sources identified the fourth suspect as one Mohit.