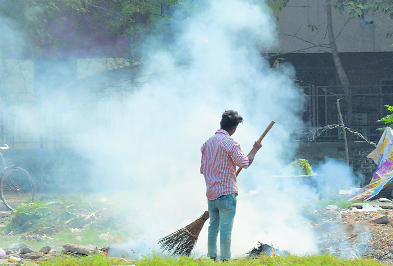 In pursuant to the directions of the National Green Tribunal (NGT) dated August 21 this year, the UT Administration has prepared an emergency plan to control air pollution in the city.

The entire city has been divided into different grids under GRAP. If the AQI increases in a particular grid, then construction or other activities can be stopped there for a limited period.-  Debendra Dalai, Director, Environment, UT 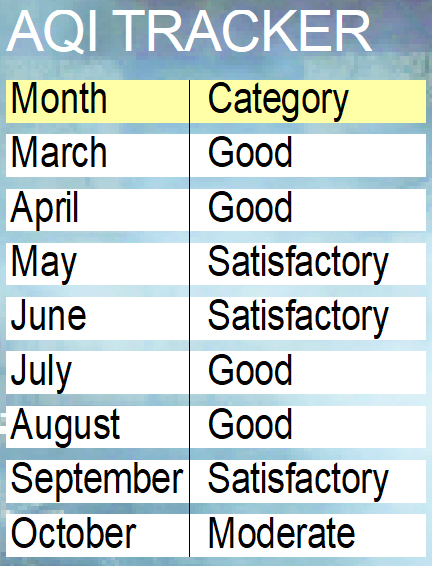 At a recent meeting, the Administration informed the NGT that for emergency preparedness, ‘Graded Response Action Plan (GRAP)’ has been developed and is being implemented.”

Under the plan, graded measures are implemented on the basis of different Air Quality Index (AQI) categories, namely ‘moderate’, ‘poor’, ‘very poor’ and ‘severe’. The measures include reducing the number of vehicles, traffic management, closing of polluting industries, stopping burning in the open, stopping construction activities, intensifying public transport services, mechanised cleaning of roads, sprinkling of water and stopping the use of diesel generator sets. Debendra Dalai, Director, Environment, UT, said the city had been divided into different grids under the GRAP. Giving an example, he said: “If the AQI increases in a particular grid, then construction or other activities can be stopped there for a limited period.” Similarly, if the air pollution increases in a particular market during the festival season, then the number of vehicles could be restricted in that area with effective implementation of traffic management, he said.

Dalai said there had been effective improvement in the ambient air quality of Chandigarh during the lockdown period wherein rigorous travel restrictions had been imposed.

He said the overall AQI for March had been “Satisfactory” and the average AQI of the city in April fell in the category of “Good”, depicting minimal health impact.

Owing to the lockdown period imposed from March 24 to May 30, major air pollution causing pollutants such as PM10 (particulate matter with diameter lower than 10 micrometre), and PM2.5 had been restricted.

“This change can be attributed to restricted industrial and commercial activities, minimal vehicular congestion and zero construction activities,” he said.

A similar decline could be seen in May, but due to the partial opening of lockdown, the air quality could be generally seen as “Satisfactory”, he said, adding: “If the right initiatives are taken with a bottoms-up approach, the air quality can be maintained throughout, effectively.”

Experts said residents were not likely to get any relief in the coming days as the period between mid-October and Diwali was considered critical in the fight against air pollution. The air also becomes still and heavy with the weather turning cold during this period, they said.