On September 16, the doubling time was 19 days in Chandigarh 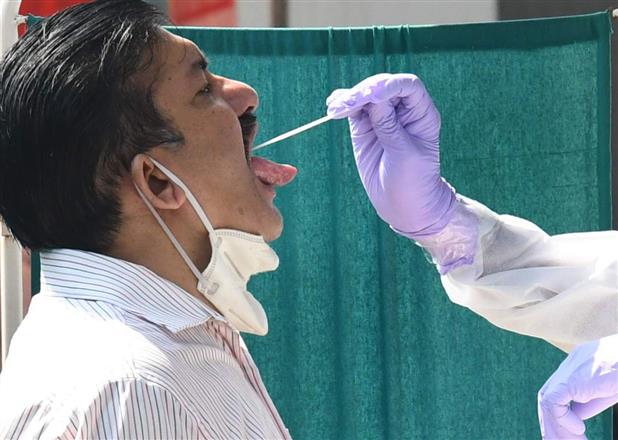 With Chandigarh’s new COVID-19 cases per day seeing a sharp fall in recent days, the city’s doubling time has increased to 130 days from 17 days in mid-August, according to the UT Health Department.

On September 16, the doubling time was 19 days in Chandigarh. In the past week, the number of new infections has grown by an average of 0.6 per cent every day in Chandigarh, which is the lowest of all the time recorded ever since the start of the pandemic.

At the national level, India’s doubling time has sharply increased to 70.4 days from 25.5 days in mid-August.

Chandigarh Principal Health Secretary Arun Gupta said: “Doubling rate is inversely proportional to the number of positive cases detected in the past week. It is also a function of total cases so far. The doubling rate has increased many times in comparison to last month. This is the trend in the whole country though more pronounced in case of Chandigarh as a decline in the number of cases is sharper in Chandigarh. We hope that it would increase further.”

The Ministry of Health and Family Welfare had projected that Chandigarh will witness 14,376 cases by October 13, of which 4,200 will remain active. However, due to the downward trend in the city, the projection did not reach its mark.

Fatality rate of 1.5 per cent a matter of concern

Chandigarh has a fatality rate of 1.5 per cent while the recovery rate has breached the 90 per cent-mark.

Gupta said: “However, COVID fatality is still an area of concern. We expect that fatality trend would also subside in next week or so due to the impact of decreased number of cases and increased focus on timely medical care to positive patients.”

From October 9 to October 16, the city recorded 18 fatalities as compared to 19 fatalities in the preceding week. It recorded 24 COVID deaths in the week before that.

In how many days have cases doubled?