Chandigarh's Nandini gets call for U-17 football probables' camp : The Tribune India

Chandigarh's Nandini gets call for U-17 football probables' camp 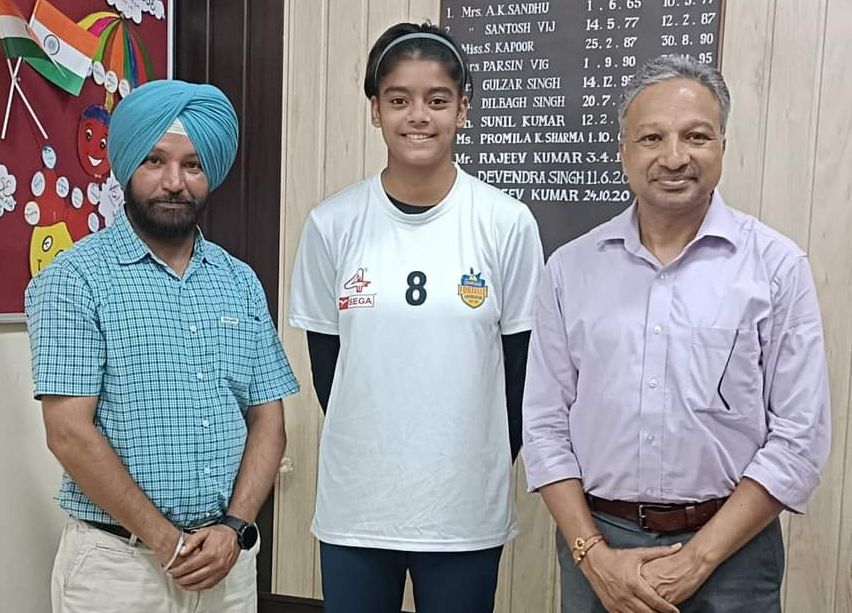 Local footballer Nandini Vijay Kumar has been named for the 21-member Indian U-17 probable squad. She is the only girl from the region (Haryana, Delhi, Rajasthan, Jammu & Kashmir, and Punjab) to be picked by the All India Football Federation for the preparatory camp.

Nandini, whose father is a Class IV employee and mother a domestic help, had become the first girl from the city to join a professional football club last year. She was earlier picked for a six-day trial camp for the Indian team, which was held at Bhubaneswar. The latest camp will kick off on January 26 at Chennai. The U-17 team will then go to Jordan for friendly matches to be held from February 4 to 11.

The 15-year-old and 5.9-ft tall striker had caught the eye of the national selectors during the last year’s U-17 Women’s National Football Championship. She had represented Bengaluru FC in the KSFA Women’s ‘A’ Division League and remained the top scorer.

Nandini studies at Government Model Senior Secondary School (GMSSS), Sector 22. In the last year’s Pre-Subroto Cup, she had not only helped the GMSSS-22 qualify for the cup, but also emerged as the first girl from government schools in the city to be called for the national camp. Nandini honed her skills under the guidance of former national player Bhupinder Singh ‘Pinka’. Under his mentorship, the girls’ football team of the GMSSS-22 has achieved accolades.

‘Playing for India a long-cherished dream’

Nandini termed her selection important in terms of making her Indian team debut. Last year, during the six-day trial camp for the U-17 Indian World Cup team, she had injured her ankle. She was a strong contender, but due to the severe injury, she could not make it to India’s U-17 World Cup squad. “This is a golden chance for me and I am fit to give my best. It’s always been a dream to play for India and I am now fully prepared to realise it. I have got full support from my parents and coach. I just wanted to pay them back by playing at the highest level,” said Nandini, who developed interest in the game by observing her brother play at the same school.