Measuring nearly 38 acres, these plots will be given on a freehold basis 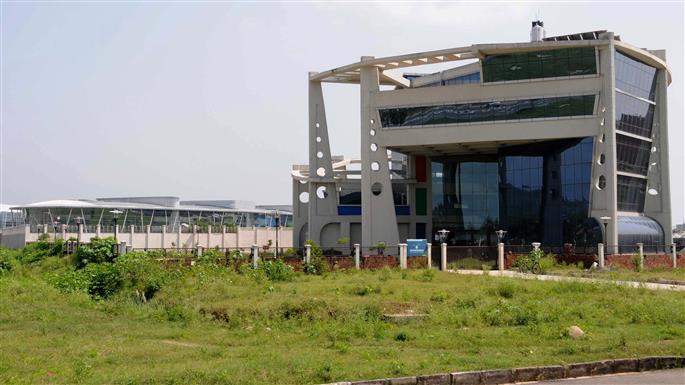 The Chandigarh Housing Board (CHB) will soon offer eight plots, measuring nearly 38 acres, on a freehold basis to private builders for the construction of flats at IT Park in the city.

During a recent meeting, Dharam Pal, UT Adviser-cum-Chairman, CHB, directed the Chief Executive Officer (CEO), CHB, to utilise the vacant land available with the board at IT Park.

The Adviser told the officer to first utilise the sites reserved for residential projects so that people in need of houses could get one and then prepare a roadmap for the utilisation of land reserved for commercial projects so as to start economic activities.

Yashpal Garg, CEO, CHB, said eight plots of different sizes, measuring 37.72 acres in all, would be offered to private builders or developers for the construction of flats at IT Park. He said they were working on the modalities to sell the plots on a freehold basis.

He said the builder could construct the flats only after getting approval for building plans from the UT Administration. The number and categories of flats to be constructed and the number of storeys to be raised would be approved as per the provisions of the Administration, he added.

The CHB had recently sought a clarification from the office of the Deputy Commissioner on the collector rates of residential and commercial categories at IT Park. Garg said they would get the clarification on the collector rates in a few days and after that they would work on the reserve price to be fixed for the plots. The CHB would also take a call soon on the mode of selling the sites, whether it would go for an e-auction or e-tender, he said, adding that the sites could be offered as early as next month.

The CEO said they were also planning to go for the public private partnership (PPP) mode for the auction of an 8.23-acre site reserved for a hospital at IT Park.

Assuming that private parties would not come forward for the auction of the hospital site on a leasehold basis, the CHB was now mulling over offering the site on the PPP mode. The board had already studied the model of different states and union territories. The hospital site was put up for auction with a reserve price of Rs344 crore in September 2017, but despite many extensions, there was no response from buyers.

In October 2006, the CHB had decided to develop residential and commercial properties on 123 acres at 20 sites and transferred the land to Parsvnath Developers at IT Park. However, the project could not materialise due to various issues and the builder then approached the court. In January 2015, the arbitrator appointed by the Supreme Court directed the CHB to refund Rs567 crore to the builder, following which the land was transferred back to the CHB.

The CHB has recently decided to construct 728 flats in three categories in seven-storey towers on sites 1 and 2, which are spread over 16.6 acres, for the public. The remaining 18 sites, including one reserved for a hospital, will be offered to private builders or developers for the construction of residential and commercials buildings.

‘Working on the modalities’

Yashpal Garg, CEO, CHB, said eight plots would be offered to private builders or developers for the construction of flats at IT Park. He said they were working on the modalities to sell the plots on a freehold basis. The number and categories of flats and the number of storeys to be raised would be approved as per provisions of the Administration.