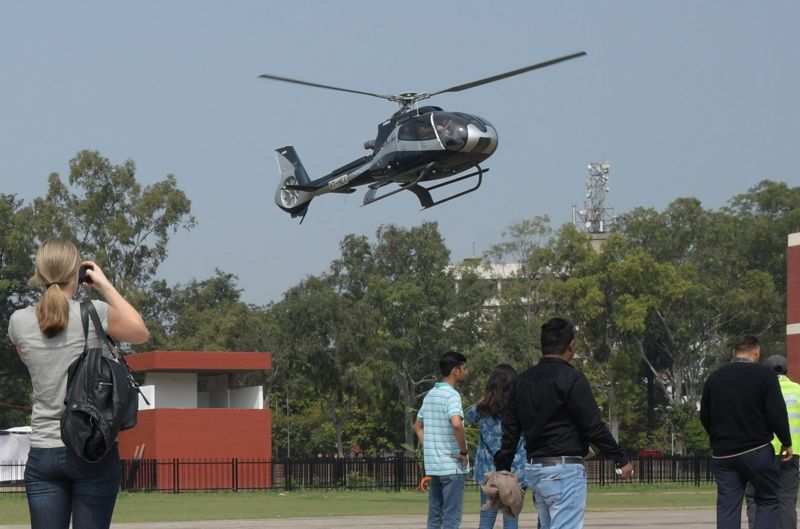 After a gap of two years, the much-sought-after helicopter joyride is set to stage a comeback in the upcoming edition of Rose Festival here. Also, a light and sound show is proposed to be held for the first time at the event.

The Municipal Corporation has proposed a mega festival at Rose Garden, Sector 16, in February. 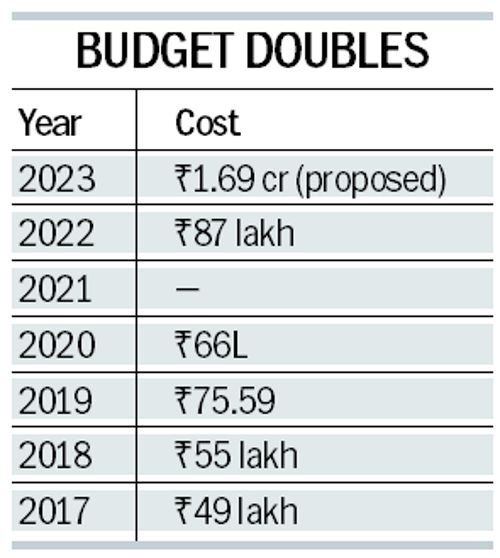 In 2021, a symbolic festival without any cultural events was held due to the Covid pandemic. Earlier this year, the festival was held without the helicopter ride.

The helicopter joyride has been a big draw for the MC, which hires an agency to offer the service from the Sector 17 Parade Ground.

Various other arrangements and competitions will be held during the festival. Several varieties of roses in different hues, breathtaking floral displays, innovative new designs and exotic exhibits will be the highlight of the show.

The civic body has prepared Rs 1.69-crore budget proposal for the three-day event. This is double the amount spent during the previous editions.

According to the proposal, the light and sound show alone will cost Rs 80 lakh to the MC. Waterproof tentage, furniture, refreshments and other related expenses will add Rs 34 lakh to the budget.

Further, CCTV cameras, decorative and security light arrangement, and sound system for different events will cost Rs 10 lakh. The MC will incur a cost of Rs 5.55 lakh towards prizes and gifts for participants.

This edition of the festival is being held under the Azadi Ka Amrit Mashotsav initiative and will be celebrated in line with Swachh Survekshan guidelines.

The proposal will be placed in the next MC House meeting for approval.