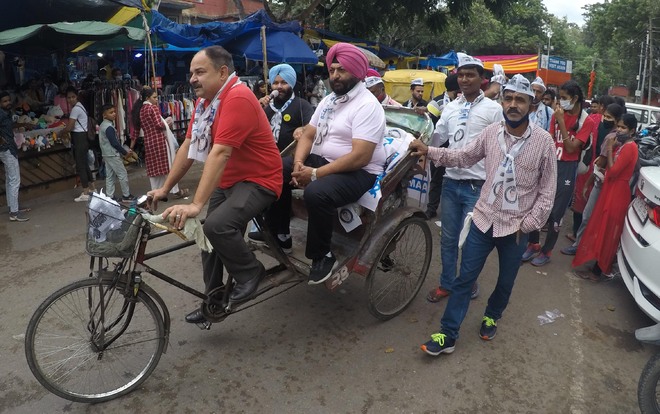 The city unit of the Aam Aadmi Party (AAP) today took out a protest rally across the city against the rising prices of petrol, diesel, gas, vegetables and pulses. The party workers also burnt an effigy of Prime Minister Narendra Modi.

A large number of AAP volunteers were present in the rally, led by General Secretary Vijaypal Singh.

Singh said the general public was facing hardships due to skyrocketing prices of diesel, petrol, gas cylinders and food items. The BJP came to power by misleading people around eight year ago. The party also promised to bring back good days, but nothing happened.

AAP leader Jaideep Malhotra, along with his supporters, burnt an effigy in Sector 29. He said the party would continue to raise the issue till the prices were not brought down. — TNS