At 13°C, Friday was the second coldest day of February in Chandigarh in past 11 years

Chandigarh gets 24-mm rainfall in 2 days 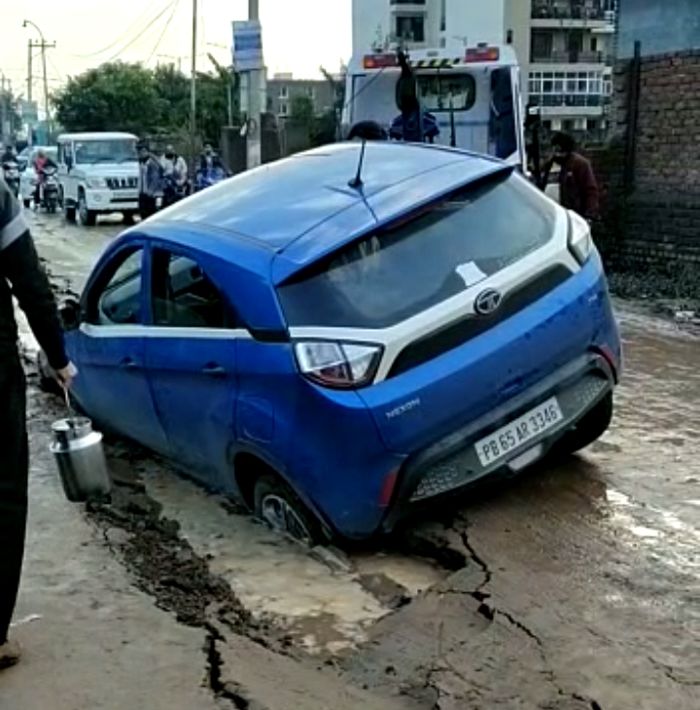 A car stuck on a damaged road near Sanauli in Zirakpur.

The city recorded 24 mm of rainfall since yesterday morning. At 13°C, today was the second coldest day of February in the city in the past 11 years. Yesterday, the mercury had plummeted to 12.8°C.

According to officials of the Meteorological Department, the city had received 22 mm of rainfall from 8.30 am on Thursday to 8.30 am today and 2 mm from 8.30 am to 5.30 pm today. The Met office has predicted dry weather from tomorrow onwards and cold to severe cold day conditions for the next two days