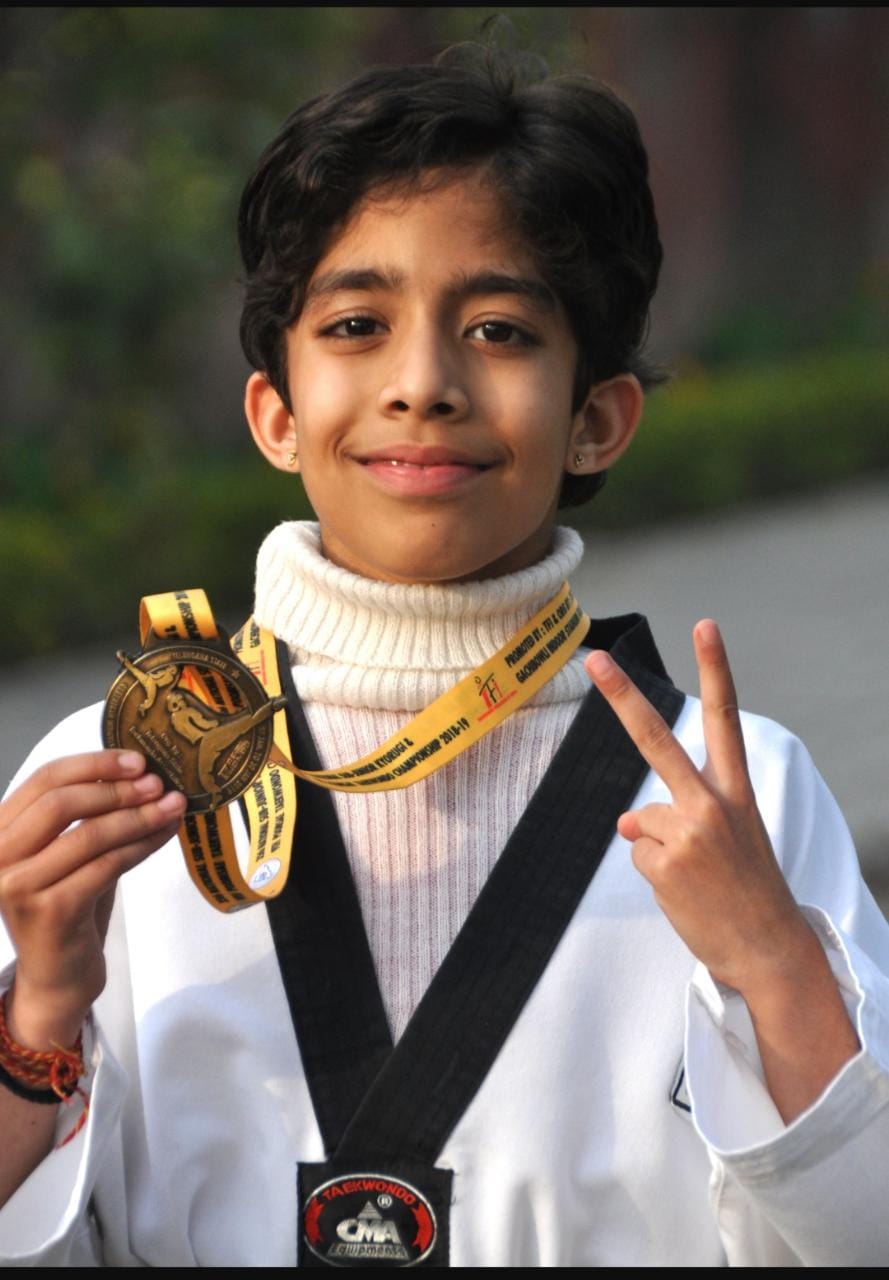 Prime Minister Narendra Modi today had a freewheeling discussion with six of the 29 winners of National Child Awards-2022 asking them about their inspiration and goals and told them that the spiritual depth of young Uma Bharti, a former Chief Minister of Madhya Pradesh, inspired him hugely.

Chandigarh: Tarushi Gaur (12), a student of The British School, Panchkula, has been awarded the Pradhan Mantri Bal Shakti Award for excelling in taekwondo. Union Women and Child Development Minister Smriti Irani and Minister of State Munjapara Mahendrabhai were also present on the occasion. Tarushi was awarded a medal, a cash prize of Rs1 lakh and a certificate. Her sports achievements include 151 gold, 40 silver and 34 bronze medals. School director Sanjay Sethi congratulated Tarushi and her parents and wished her many more accolades in the future.

“‘I would often go to listen to Uma Bharti, who, as a youngster, held everyone in a thrall with the power of her narration and spiritual depth. I was hugely inspired by her…There appears to be something in the soil of Madhya Pradesh that births such precocious talent,” said the Prime Minister.

He was speaking after interacting with Indore-based Avi Sharma, whose prolific work on the Ramayana earned him the national award today. Avi, the youngest practitioner of vedic math, also recited some Ramayana couplets and said the government decision to broadcast the famous serial on the epic during the lockdown inspired him.

Among the awardees the Prime Minister engaged with was Tarushi Gaur of Chandigarh, the youngest girl to win degree one and degree two black belt in taekwondo in India. Gaur attracted the Prime Minister’s attention for her response to a question about the importance of study and sports. “Work and play are both important to help children make India proud,” she said to the Prime Minister. Gaur also said Olympian boxer Mary Kom was her ideal. “Mary Kom embodies work-life balance, teaches us how to fight hardship. She is a great sportsperson and an equally good mother and wife,” Tarushi, flanked by the Chandigarh Deputy Commissioner and her parents, said.

At this point, the Prime Minister asked her why she talked about such serious stuff at her age. “Sir, I do not talk about serious stuff. Since I have to make India proud, I like to remain in discipline,” she said.

The Prime Minister smilingly nodded and said the government was promoting players and supporting them in the realisation of their goals.

Earlier, the Prime Minister also spoke to Meedhansh Gupta of Jalandhar, whose website – coronafreeworld.com – helped Covid patients cope better. Meedhansh told the Prime Minister that he wanted to teach coding to friends and develop something along the lines of Google and Facebook.

The Prime Minister hailed Meedhansh saying the government was working to help India’s young become job creators. The Prime Minister earlier spoke to Karnataka’s Remona Evette Pereira, whose special dancing skills (she can dance on broken glass and embers); Tripura’s Puhabi Chakraborti, feted for her digital innovations; and Bihar’s Dhiraj Kumar, who saved his younger brother from a crocodile attack.