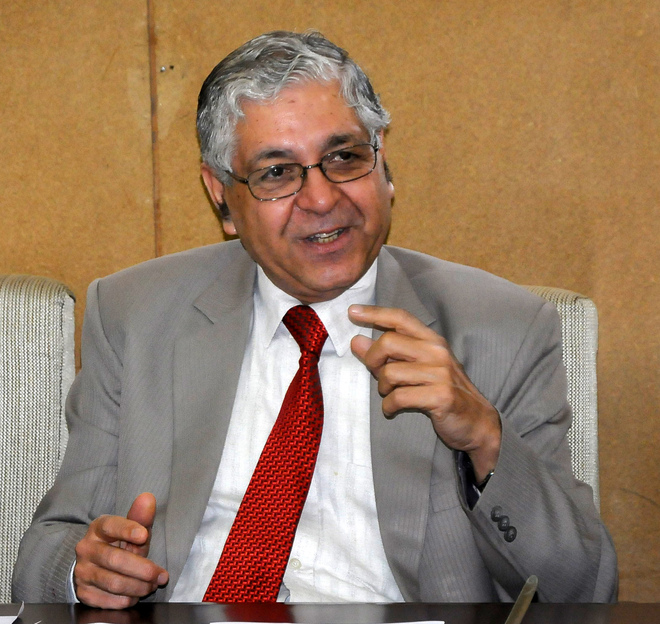 Panjab University’s former vice-chancellor Arun Kumar Grover has come clean out of a sexual harassment case. The Chancellor has accepted an independent committee’s recommendations to close the matter as the complainant-professor failed to appear before it even once, though she was given no less than six opportunities.

“It appears that the complainant did not want to stand to her complaints/allegations, as despite due notices and receipts by her, she has failed to appear before the committee and as the procedure requires there is no justification to further proceed with the present enquiry into the complaints made by the professor in the Panjab University. Therefore, the members of the independent internal committee unanimously recommend to close down the inquiry proceedings,” the inquiry report stated.

The report by the committee, headed by Haryana additional chief secretary, environment, Dheera Khandelwal, was submitted to Vice-President Venkaiah Naidu’s office as he is also the Chancellor of Panjab University.

“She did not appear even once before the independent internal committee in spite of ample opportunities given to her as required under Sexual Harassment of Women at Workplace (Prevention, Prohibition and Redressal) Act, 2013, notified by the Ministry of Women and Child Development on December 9, 2013,” the committee added.

Just before the date of final opportunity to present her case on September 18, 2018, she moved the Panjab and Haryana High Court. Grover told the Bench that he was available for any inquiry into the “false and malicious complaints” against him to obstruct him from continuing as VC in the second three-year term.

Disposing of the matter in October last year, Justice Arun Monga upheld the constitution of the internal complaint committee for looking into the matter. The professor was also given the liberty to raise all her contentions and objections before the panel.

Sandhu later retired and the present committee was constituted.

The panel observed the professor in repeated representations before every date of hearing raised a question mark over its constitution. She was harping that continuance of further proceedings by the committee would be “non est” in the absence of employee-employer relationship between the Chancellor’s office and the former VC. Similar pleas were raised before the High Court and rejected.

Grover has now shot off a letter to the varsity VC for initiation of action against “unethical and unacceptable acts of PU faculty member”. Grover has written that the complainant has not cooperated with the inquiry. Her “unethical conduct” was required to be investigated by an appropriate disciplinary committee of the university. He added the democratic structure of PU has been misused to inflict a heavy burden on the VC’s office.