Commuters harassed at Housing Board Chowk in Chandigarh : The Tribune India 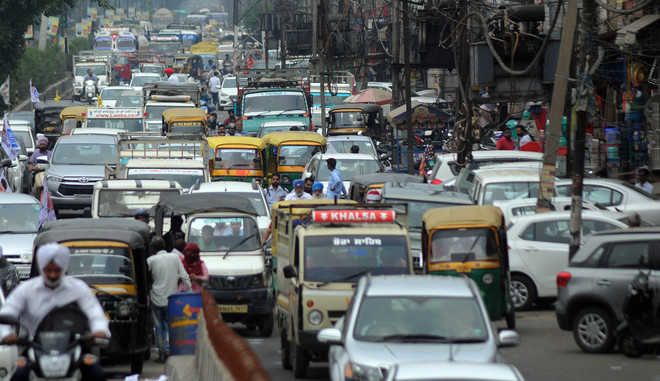 Commuters heading towards Panchkula city from the Chandigarh side were harassed due to a heavy jam at Housing Board Chowk today. The police had blocked the road from Housing Board Chowk to the Sector 7/8 roundabout here to prevent protesting Haryana farmers from entering the UT to visit Governor’s House.

The Samyukt Kisan Morcha had announced to hold marches to the Raj Bhavans across the country against the breach of assurance by the Centre on their pending demands.

The farmers from several districts of Haryana reached Panchkula by 11 am and gathered at Town Park in Sector 5.

Around noon, the farmers reached the Sector 7/8 roundabout raising slogans against the Central government. Cops deployed there did not allow them to move on following which they kept protesting there for about five hours. The protesters lifted the dharna around 4 pm after their leaders submitted a memorandum to officials of the district administration.

Their main demands included withdrawal of the Land Acquisition Amendment Act-2020 introduced by the Haryana Government, waiving of loans of all farmers and providing loans at affordable interest rates, taking effective steps for recharging of groundwater, ensure fertilisers are not sold on black market and to remove the shortage of urea and DAP fertilisers.