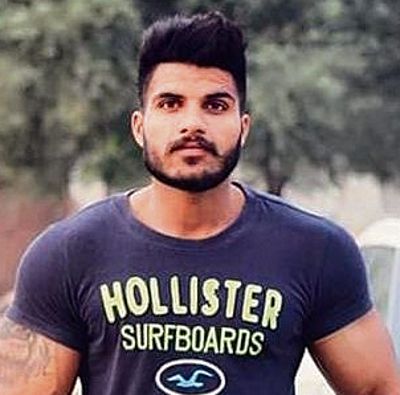 Gurlal Brar was shot outside a city mall in October 2020.

The two-year-old sensational murder case of Gurlal Singh Brar took a new turn after a main prosecution witness, Vikas Tiwari, turned hostile and failed to identify the alleged shooter Chamkor Singh, alias Baint, who was arrested for the crime.

Meanwhile, the court has granted bail to another accused, Gurmeet Singh, alias Geeta, who was arrested on the charge that he provided a motorcycle to the shooters on which they ran away after allegedly committing the murder.

Gurlal Brar, brother of gangster Goldy Brar and a close aide of Lawrence Bishnoi, was allegedly killed by members of the Davinder Bambiha gang in front of the main gate of City Emporium Mall at the Industrial Area, Phase 1, on October 10, 2020.

The police had registered a case on the statement of a driver, Vikas Tiwari, who stated that on the night of the murder, he saw two persons armed with pistols coming on foot from the Centra Mall side and started firing at a person sitting in a Fortuner car parked outside City Emporium Mall. He said that after firing six-seven shots, they fled on a motorcycle being driven by another person.

Vikas was deputed as driver for valet parking at PlayBoy Club situated at the mall.