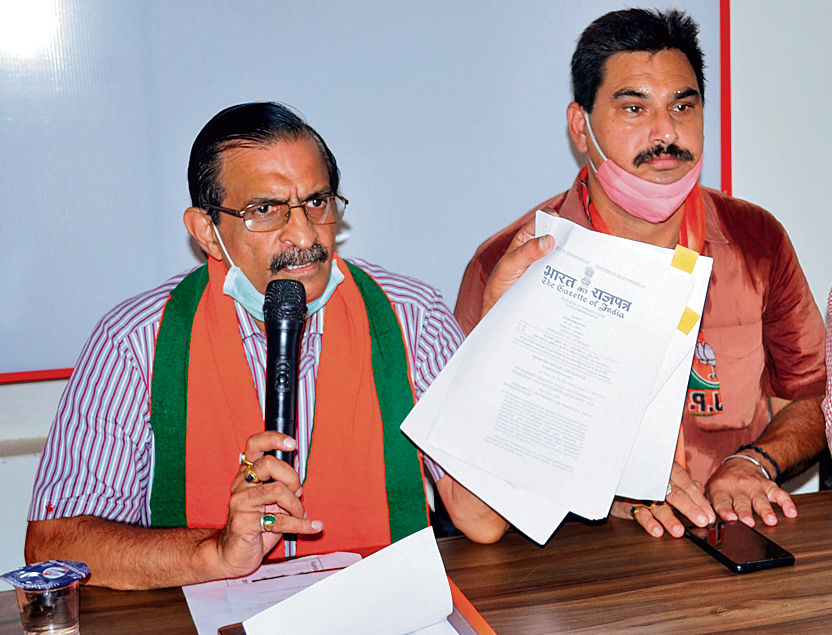 At a press conference in the city today, he said, “Statements of Congress state president Sunil Jhakhar and AAP leader Bhagwant Mann are ‘fabricated and malicious’.”

“The BJP-led Central Government has given farmers the right to sell their produce to the highest bidder in the market,” he added.

“The MSP for crops will not be discontinued. Farmers need not worry about not getting buyers for their crops. Market committees will function as before. We promise farmers of Punjab that the BJP is committed to protecting agriculture in the state,” he said.

“The Government of Punjab has already incorporated three ordinances in its Mandi Act, 2017,” he added.

Sareen also pointed out that the Central Government had provided enough packages to the Punjab Government to help people of the state.