Two more persons died of Covid-19 during the past 24 hours in the district, taking the total number of deaths to 1,161.

One of the deceased is a 40-year-old man of Bankarpur in Dera Bassi and the other a 75-year-old woman of Khera village in Kharar. Both had comorbid conditions and were not vaccinated.

Meanwhile, 121 persons had tested positive in the past 24 hours, taking the number of Covid cases to 99,141 in the district. Ninetysix patients were cured of the disease. There were 734 active cases.

Chandigarh: The city reported 101 fresh cases and one death due to the virus on Tuesday. The active cases have risen to 936. The deceased was a 89-year-old Mani Majra man, who died at Mohali hospital. — TNS

Panchkula: Fresh 82 cases surfaced in the district, taking the total to 46,937 in the district. No death due to the virus was reported till Tuesday evening. — TNS 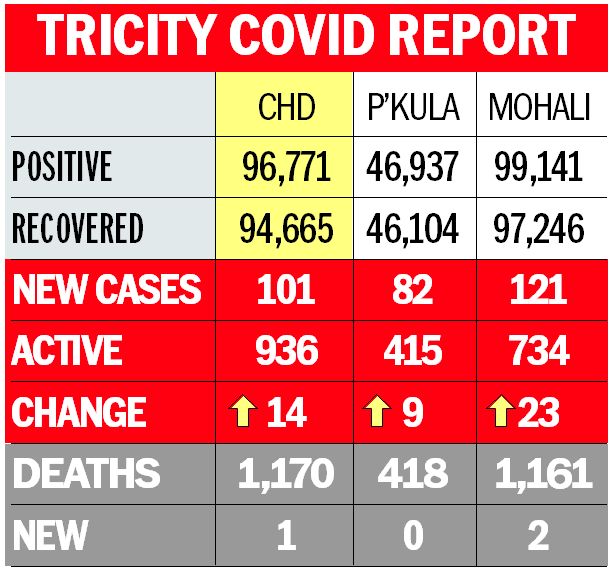