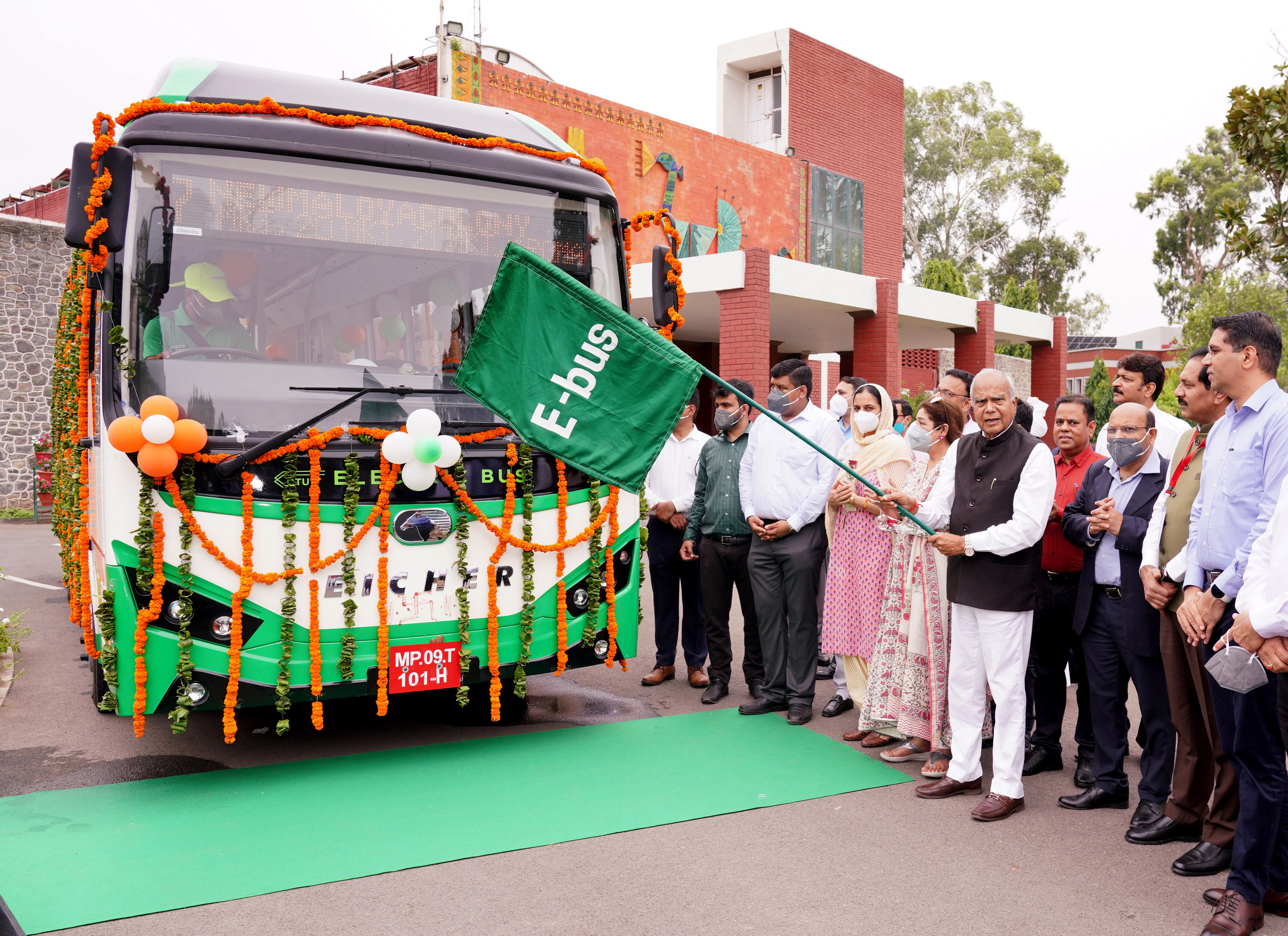 In order to save the environment from vehicular pollution, the UT Transport Department will replace all its local diesel buses operating in the tricity with electric buses in the next five years as part of the Green Mobility Initiative of the Government of India.

UT Administrator Banwarilal Purohit today flagged off the prototype of the electric bus of the second lot of 40 to be procured by the Chandigarh Transport Undertaking (CTU).

For the first lot of 40 electric buses, an agreement was signed with M/s Ashok Leyland amounting to Rs 154.01 crore for 10 years. The buses have been launched and are under operation from November 2021.

For the second lot of the buses, the agreement was signed with M/s Volvo Eicher in February 2022 amounting to Rs 115.44 crore for 10 years. The fare collection will be done by the CTU.

The buses will have various features, including pneumatically controlled passenger doors, air conditioning system, mobile charging points for each row of seats, seating capacity of 31 passengers and eight standees, air suspension at the front and rear, a panic button in case of an emergency, passenger information screens at the front, rear, side and inside the “saloon” area, and a fire detection and suppression system.

For the second lot, the proto bus was flagged off today and will be on a trial run for 20 days. Initially, during the trial, the bus will operate on the Maloya-Mani Majra route via PGI along with other routes connecting the ISBT, Sector 17, and Sector 43. The bus will be put under operation for the general public tentatively from second week of August. While 19 buses are likely to be received by July 20, the remaining 20 are expected by August 20.

What’s special about the new buses