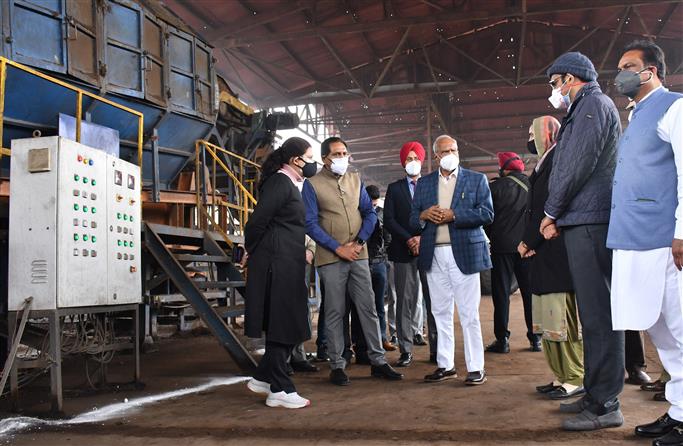 UT Administrator Banwarilal Purohit has directed Chandigarh Smart City Limited and the Municipal Corporation to prepare a plan to completely clear the legacy waste from the dumping ground at Dadu Majra.

During the recently held MC elections, the legacy waste at Dadu Majra was one of the issues raked up by the Congress and the Aam Aadmi Party, while the ruling BJP gave assurance for complete removal of garbage from the dumping ground.

Keeping in view the health and hygiene of residents of Dadu Majra, the Administrator directed the officers concerned to clear the backlog of refuse-derived fuel (RDF) lying inside the boundary wall within a week. He directed the officers to prepare a detailed plan to clear the rest of the legacy waste from the mining site with additional processing by putting more manpower and machinery, if required.

The Commissioner told the Administrator and the Adviser that the biomining work at the old dumping site was allotted to a private firm to biomine 5 lakh metric tonne of waste and biomining of one part of the garbage dump was on and it would be completed soon.

The Administrator directed the officials concerned to upgrade the processing machinery immediately to ensure that fresh waste did not end up at the dumping ground directly. The proposal of Rs77 crore for bioremediation of the 7.67 LMT legacy waste submitted to the Central Government under the Swachh Bharat Mission be pursued and got cleared at the earliest.

The Administrator also visited the compost plant at Dadu Majra. He directed the officers concerned to upgrade the capacity of the plant and use the manure generated from the plant in their own assets.