Unauthorised cables, wires a threat to public, cause inconvenience | As per law, there is penalty of Rs 10,000 for violation 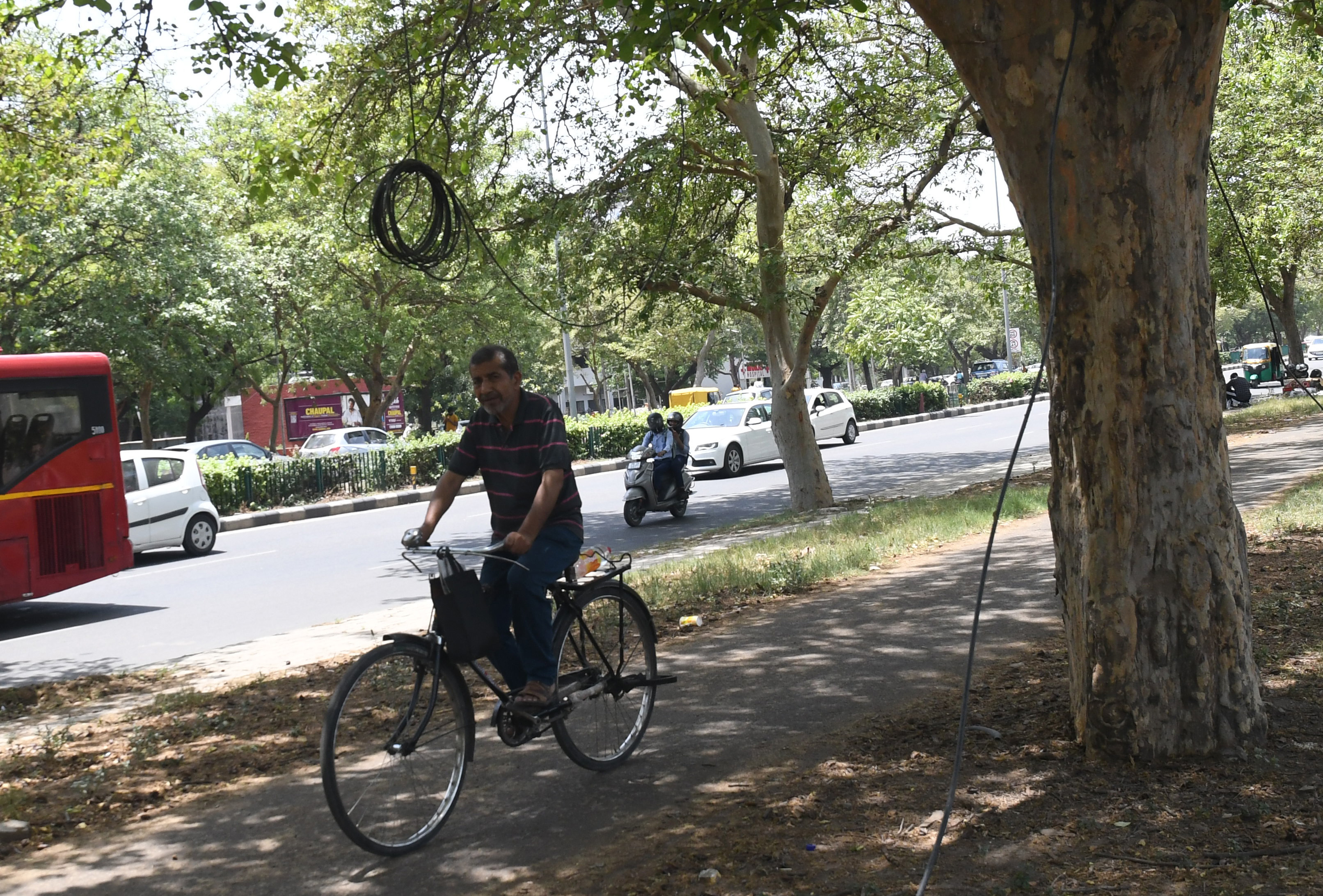 A cyclist pedals underneath a dangling cable at Sector 21 in Chandigarh. Tribune photo: Manoj Mahajan

Even as clusters of overhanging cables and wires laid haphazardly on poles, trees and other structures are not permitted, the violation is rampant in different parts of the city.

These are hung by cable TV operators or Internet service providers. The unauthorised cables and wires cause unwarranted inconvenience to the general public and are a threat to their safety. These also frequently trigger mild fire incidents, which at times lead to loss of property, lives and sudden accidents. Besides, these present a dirty picture of the “smart city”.

The practice is going on unabated in almost the entire city. During a random check, many cables and wires entangled with each other were seen tied to trees, poles or other structures in Sector 22-A, near the 21 petrol pump, near Tribune Colony, Sector 29, Sector 38 (West), villages, colonies and several southern sectors. An MC officer said cable TV operators and Internet service providers were supposed to get underground wiring done, but had not done so.

MC Commissioner Anindita Mitra told Chandigarh Tribune, “A notice was earlier issued to the public in general and cable operators in particular to remove such unauthorised cables/wires and make alternative arrangements for the cables.”

“Now, we have started a sector-wise campaign to remove cables physically and have completed several sectors. Illegal wires have already been removed in Sector 25, 44, 61 and Dhanas,” she said.

A telecommunication company official said, “It is manageable for big companies to apply for laying of underground wires as the permission cost is high and the process not easy. The civic body should relax the procedure and fee.”

As per the law, there is a penalty of Rs 10,000 for a violation. Further, removal of such cables/ wires is to be done at the risk and cost of the cable operators concerned.

We have started a sector-wise campaign to remove cables physically and have completed several sectors. Illegal wires have already been removed in Sector 25, 44, 61 and Dhanas. — Anindita Mitra, MC Commissioner