Day after, Panchkula cops fail to get clue about robbers 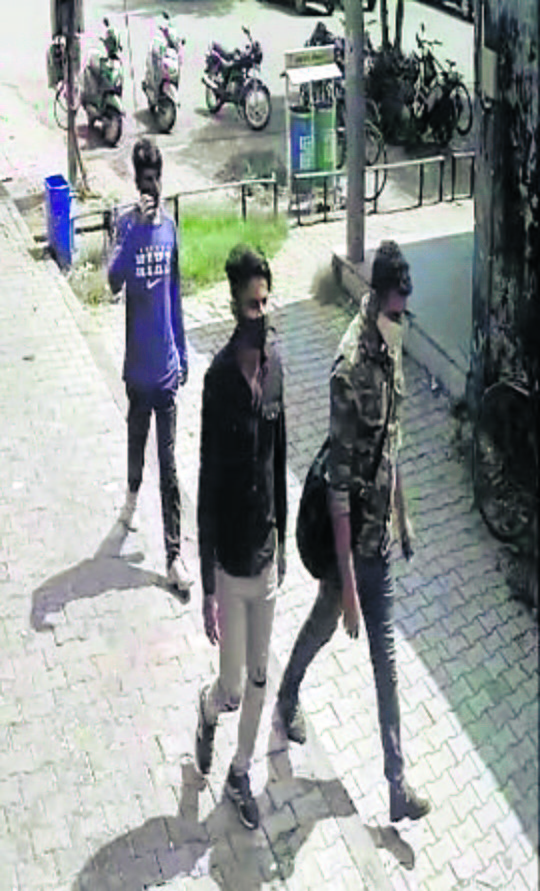 The city police have failed to get any clue about the identity of the suspected robbers, who attacked a jewellery shop owner in an attempt to rob him in Sector 8 yesterday.

At least four police teams have been tasked to trace the suspects by Deputy Commissioner of Police (DCP) Mohit Handa.

A senior police official said they had picked up the auto driver in whose vehicle they (suspects) fled from the spot, but based on interrogation, his involvement in the crime seemed unlikely.

Efforts were on to nab them, he said.

The suspects had been captured in CCTV cameras installed in the area.

Circulating their pictures, the police urged the public to alert the police if they spotted any of the suspects or had information related to their identity.

DCP Mohit Handa had yesterday stated that the suspects would be nabbed soon.

Three robbers, who struck Maa Luxmi Jewellers at booth number 78 in Sector 8, attacked owner Sandeep Verma (45) with a knife at around noon yesterday.

However, they had to return empty-handed after the victim raised the alarm.

The victim, a resident of Sector 15, had sustained injuries in the incident following which he was taken to the Civil Hospital in Sector 6, where he received stitches on the head.

A case was registered under Sections 394 (voluntarily causing hurt in committing robbery) and 398 (attempt to commit robbery or dacoity when armed with a deadly weapon) and some other Sections of the IPC against unidentified persons.