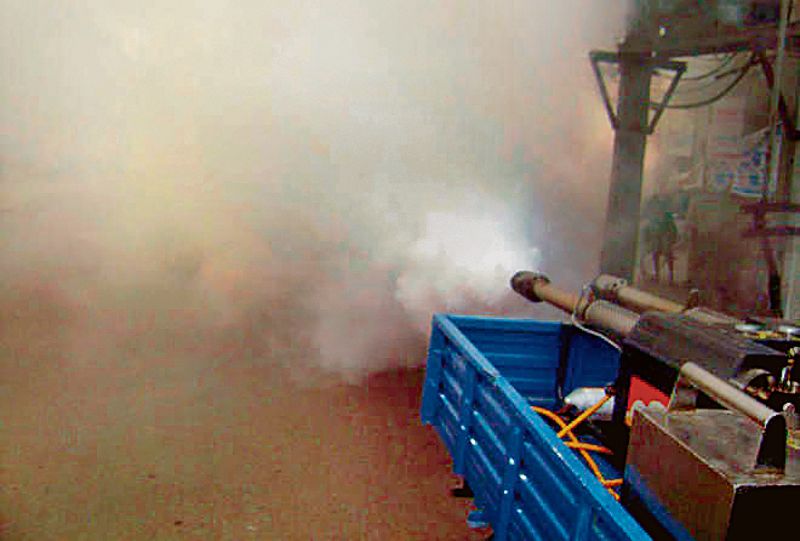 While vector-borne diseases are on the rise, the local Municipal Corporation has only one low-capacity fogging machine.

While vector-borne diseases are on the rise, the local Municipal Corporation has only one low-capacity fogging machine.

It has put a question mark on the preparedness of the city in the fight against dengue, malaria and chikungunya. Waking up from deep slumber, the corporation has now decided to order six machines, but it will be able to use these only in the next monsoon season.

MC Commissioner Anindita Mitra said, “We have only one fogging machine, which is also of low capacity. We need at least five more machines. I have directed the officials concerned to buy these as soon as possible. The UT Health Department has its own fogging machines. We will tie up with it.”

Chandigarh Tribune had highlighted last year that the malaria wing of the Health Department had only two vehicle-mounted fogging machines, one of these machines was not working while the other was being used to its minimal capacity. Of the seven-eight hand-held fogging machines, which are used inside houses, three were not working.

Dr Upendrajeet Singh Gill, Assistant Director (Malaria), did not respond to calls and messages in this regard. Dr Suman, Director, Health Services, UT, said, “We have sufficient number of hand-held as well as vehicle-mounted fogging machines. We are holding public awareness camps daily, carrying out checks and even running jingles on the radio.”

However, residents feel otherwise. The chiarman of FOSWAC, an umbrella body of RWAs, Baljinder Singh Bittu, said, “No fogging is taking place in the city. Dengue cases are rising and the authorities are hiding the actual figures. Patients are rushing to private hospitals. They should strictly undertake a fogging drive and make people aware. Even waste dump points have increased and the grass near drains is not being removed.”

Dr Anish Garg, chief spokesperson, CRAWFED, another umbrella body of RWAs, said, “Fogging is being done only in VIP sectors. It is shocking that the authorities do not have a proper plan regarding it. They must hit the ground instead of making false claims.”

At least 20-25 dengue cases are being reported daily. In the first 10 days of October, as many as 123 cases of dengue were reported as compared to 89 during the entire month last year.