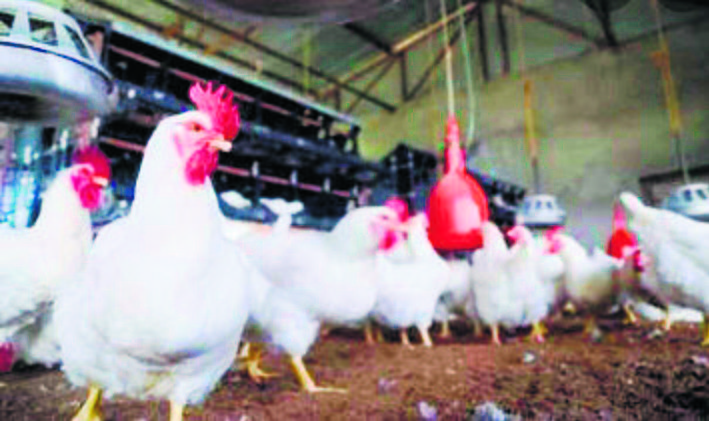 With the samples collected from Alpha Poultry Farm (layer) having 55,000 birds and Royal Poultry Farm (layer) with 60,000 birds in Behra village of Dera Bassi being found suspect for bird flu, there is a scare among poultry farmers of the region. Close to 20 lakh birds are being reared commercially in the layer and broiler farms here.

Vicky Kalra, a poultry farm owner, said: “The layer farmers (dealing in hen eggs) are keeping a guarded approach while the owners of broiler farms (dealing in chicken) have been more or less clear till now.”

Farm owners are taking all precautions to save their livestock. Disinfectant is being sprayed from time to time at the farms.

The Animal Husbandry Department teams are inspecting the farms daily. The bird feeding area has been covered so that it is not infected by stray birds such as crows and egrets. Farm workers are being sanitised and medically screened by the teams of the Health Department.

Mohali Animal Husbandry Deputy Director Sangeeta Toor said: ‘’Regular sampling and surveillance is being done in the area. Fifty samples are being sent daily from the district to the Northern Regional Disease Diagnostic Laboratory in Jalandhar.’’

Chandigarh: As many as 12 more birds were found dead in different areas of Chandigarh on Saturday. Debendra Dalai, Chief Conservator of Forests, UT, said seven pigeons and five crows were found dead. He said all 21 samples of dead birds, which were sent to the Regional Disease Diagnostic Laboratory, Jalandhar, tested negative for avian influenza. Meanwhile, an official of the Animal Husbandry Department, UT, said the city had been divided into four zones and as many rapid response teams were formed for better surveillance and monitoring of the situation in case of any eventuality after the outbreak of bird flu in the Barwala area of Panchkula. TNS