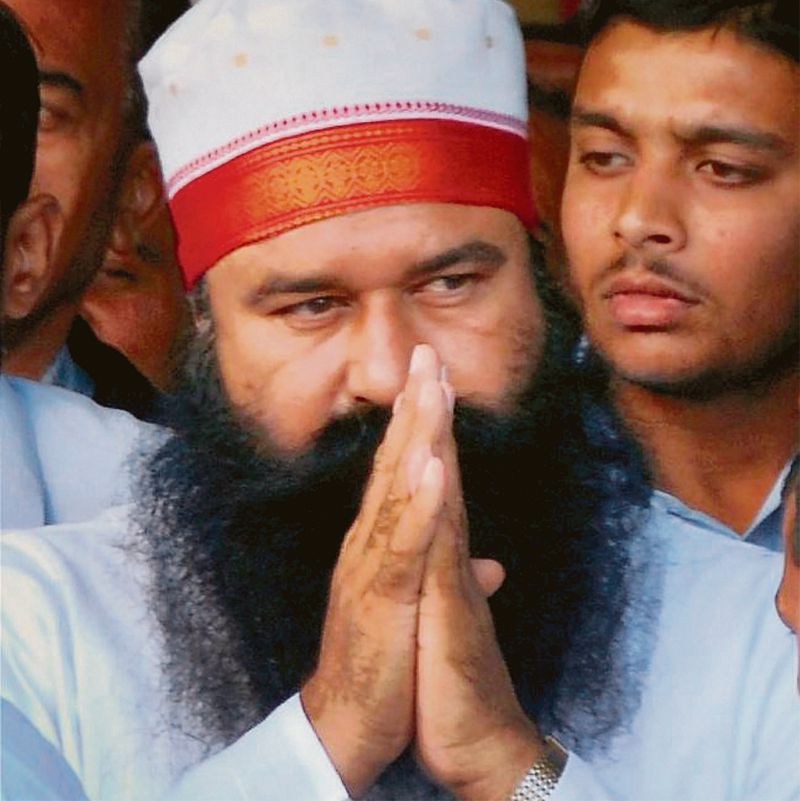 Ram Rahim claimed he had six crore followers. Out of these, “around 60-70 lakh were such who were almost on deathbed and destroyed by intoxication, but he could save their lives by giving them guru mantra.” - File photo

Convicted of murdering a follower, dera chief Gurmeet Ram Rahim, in an eight-page document submitted before the special CBI court in Panchkula during the arguments on quantum of sentence yesterday, pointed out the works he had done for social welfare while seeking leniency in punishment.

Ram Rahim claimed he had six crore followers. Out of these, “around 60-70 lakh were such who were almost on deathbed and destroyed by intoxication, but he could save their lives by giving them guru mantra.”

He mentioned “donation of 2,053 eyes by the eye bank established at the dera’s hospital, donation of 5,40,763 units of blood to the poor and those in need, plantation of 4.61 crore saplings, adopting orphan boys and girls, construction of 2,500 houses for orphans, windows and needy families, adoption of prostitutes, treatment of thousands of voiceless creatures, and uplift of socially backward and cleanliness drive in various parts of the word”.

In his statement, the dera chief also highlighted sending out assistance and relief material during the Kargil war, 1999 cyclone in Orissa, 2001 earthquake in Gujarat, 2004 cyclone in Andaman and Nicobar Islands, drought in Barmer and 2015 Nepal earthquake.

Further, he sought mercy on the basis of poor health, calling himself a patient of diabetes and hypertension.

The special CBI court in Panchkula had yesterday deferred the quantum of sentence against Ram Rahim and four other convicts to October 18 in the murder case of sect follower Ranjit Singh.

The prosecution (CBI) has already concluded its argument, seeking death penalty for Ram Rahim as “he is a convict in previous two cases”.

The defence counsels will conclude their counter arguments on the next day of hearing following which the court is expected to pronounce quantum.