Despite cut, petrol still costliest in Mohali : The Tribune India 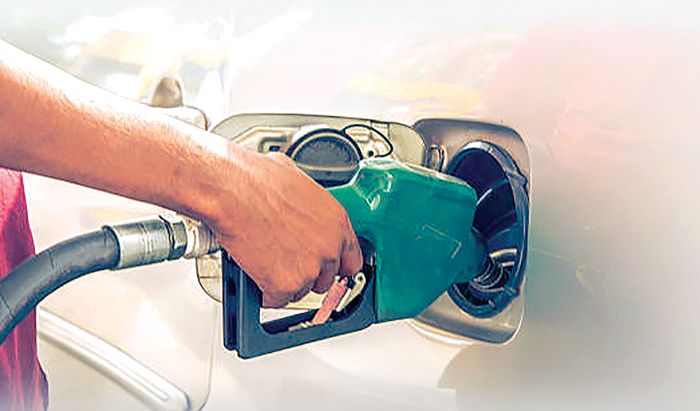 Petrol and diesel continue to be the cheapest in Chandigarh in the tricity.

Petrol Pump Dealers Association, Punjab, spokesperson Ashwinder Singh Mongia said, ‘’The disparity remains in Mohali and Punjab. The government announced Rs10 and Rs5 rate cuts but in effect it is much less. Farmers, industry and petrol dealers are the worst sufferers. The revised rates will encourage smuggling of petrol and diesel in Punjab.’’

Dealers in Mohali said the anomaly in petrol had been corrected to some extent but it still existed in the case of diesel. In Mohali, diesel is priced at Rs85.38 per litre whereas it is available for Rs78.80 (Rs6.68 less) in Una (HP) and Rs80.32 (Rs5.06 less) in Jammu and Kashmir. The dealers say the price variation may lead to smuggling of fuel from these places. After the price revision, diesel is cheaper in Mohali than neighbouring Haryana by Rs1.13 but the dealers said this too would not be long as Haryana was yet to revise its VAT. 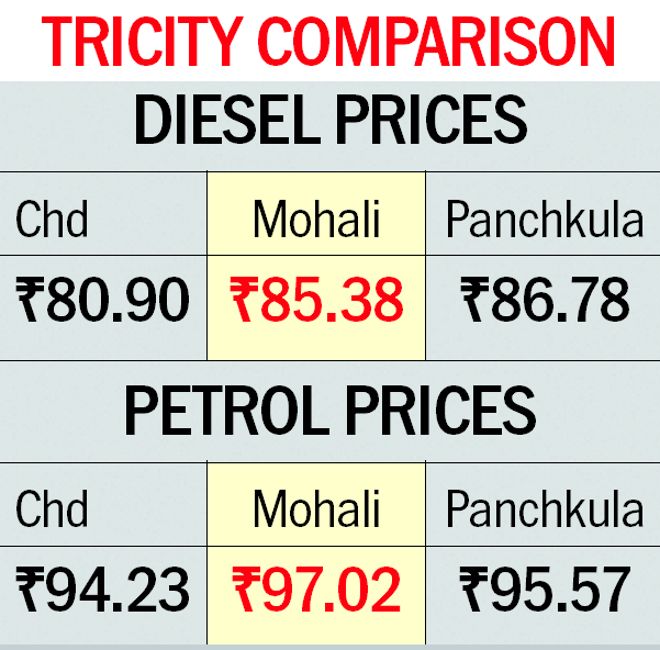