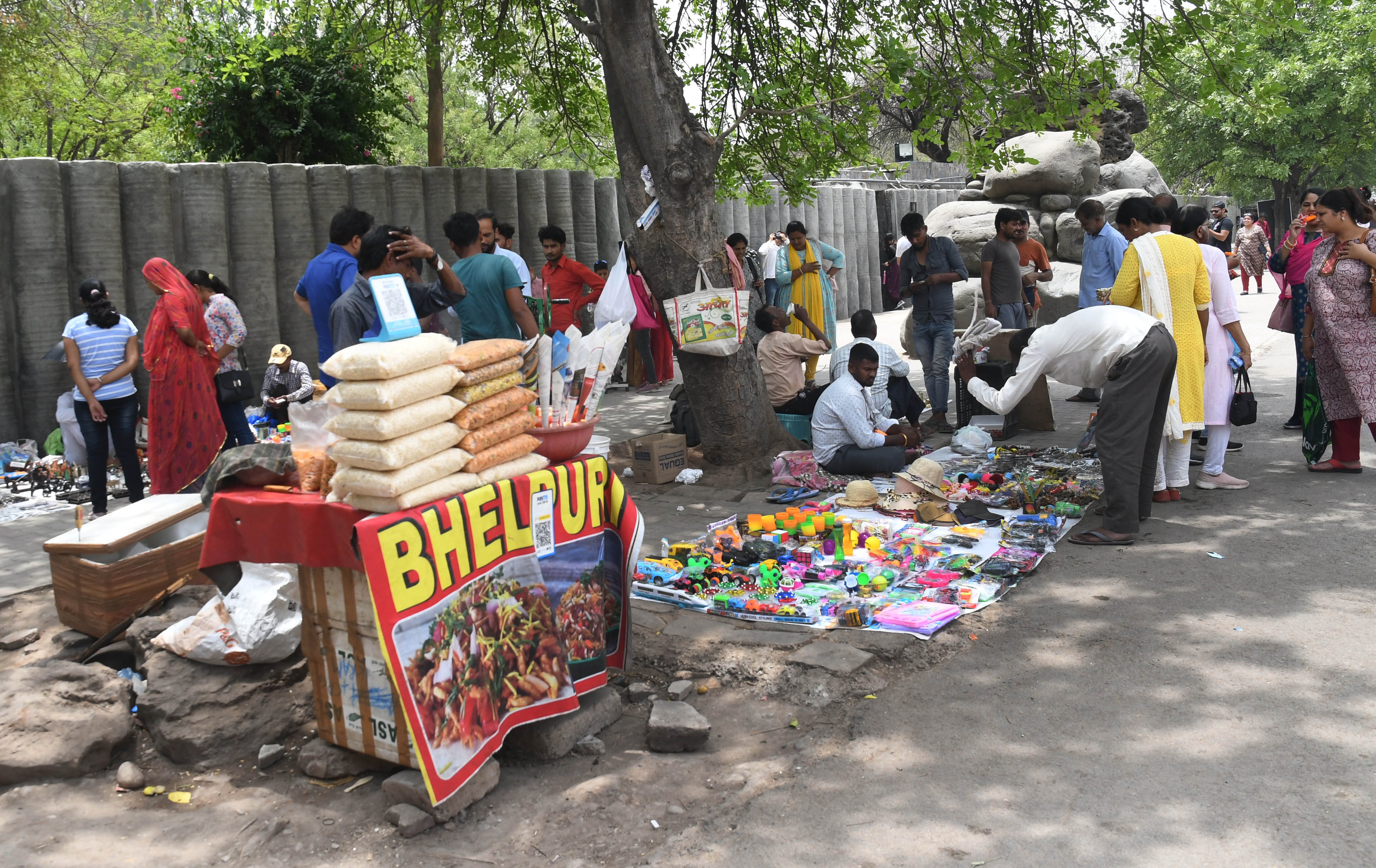 A large number of vendors outside Rock Garden, which has been declared a no-vending zone. Tribune photo: Manoj Mahajan

Even as the Punjab and Haryana High Court has declared Rock Garden and Sukhna Lake (Sector 1 to 6) as no-vending zones, street vendors are still operating outside these tourist places.

During a check by a team of Chandigarh Tribune, about 40 street vendors were sitting near Rock Garden. It gave a semblance of a rehri market. The vendors were seen selling street food and domestic usable items.

Vendors were seen selling ice-cream and street food at the Sukhna Lake parking lot too. It has also come to light that vendors also sit near Bird Park. The vendors reportedly keep playing hide and seek with the enforcement wing of the MC.

“We have regularly been carrying out anti-enforcement drives there. However, whenever our staff goes there, they disappear. After sometime, they return. We will get it checked,” said Rupesh Kumar, MC Additional Commissioner, who heads the enforcement wing.

In November 2019, the High Court had directed the authorities to remove all street vendors from no-vending zones by December 5. After this, vendors were shifted to alternative sites. However, most of them did not take possession of the new sites.

Most of the registered vendors sitting here were allotted spaces on the rear side of the Sector 7 inner market. However, not even a single vendor sits there, citing poor business. “Where do we go? We have been sitting outside Rock Garden for a long time. However, in Sector 7, there is no sale due to rear-side location. The MC failed to offer some other feasible site. We should be given at least a few sites at Rock Garden and Sukhna,” said one of the registered vendors.