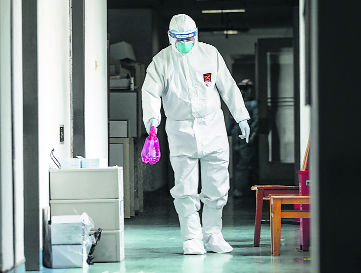 In an order issued by the UT SSP, the police personnel have been told to ensure that people at Faidan village follow the curfew orders. However, the cops have been asked to wear raincoats if they fail to get personal protective equipment (PPE). The orders were issued on April 6.

On Tuesday evening, police personnel were provided with five kits, each having a head cover, gloves, shoe cover and a gown, to perform duty at Faidan village. Usually, 20-25 cops are deployed at Faidan village.

In the order, SSP Nilambari Jagadale stated, “It has been observed that the curfew orders are not followed at Faidan and people shared posts on social media regarding violations by residents.”

The SSP directed the ASP (South) to deploy a PPE-equipped police team at the village, and if PPEs were not available, then use raincoats and book the violators. She also mentioned that it was contagion zone and should not become a hotspot of Covid-19.

The police personnel were on duty at Faidan without PPE on Monday. A cop said the PPE should be must at places where possibility of getting infected with the deadly virus was more.

When contacted, the SSP said they had arranged PPEs and hence, raincoats were not required anymore.