Draft Electric Vehicle Policy of Chandigarh to be unveiled this week : The Tribune India

Draft Electric Vehicle Policy of Chandigarh to be unveiled this week

UT likely to give subsidy on basis of battery capacity 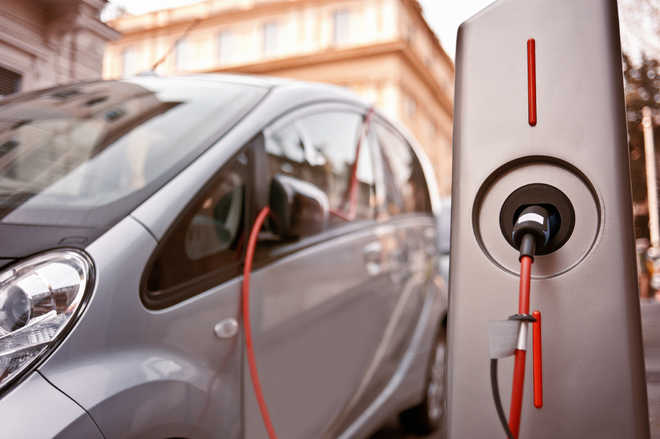 To go green, the UT Administration will unveil its draft Electric Vehicle Policy this week. UT Adviser Dharam Pal today reviewed the final draft of the policy. After approval from UT Administrator Banwarilal Purohit, suggestions/objections, if any, will be invited from the public.

To encourage buyers to move from petrol and diesel-based vehicles to electric vehicles, a number of incentives will be given to consumers. Subsidy may be given on the basis of the capacity of the battery of the vehicle. The benefit may be given on the first-come-first-served basis and those who purchase the vehicle early may get more monetary benefit, said an official. To encourage plug-in electric vehicles, the UT authorities have proposed to give a number of other incentives such as waiving off registration fee and road tax on the purchase of an electric vehicle and free parking.

The policy will become effective from April 1 and it will be in force for a period of five years. Similarly, the Administration also plans to replace internal combustion-based engine two-wheelers and three-wheelers in a phased manner with electric vehicles.

In September last year, the Administration had constituted a three-member committee to prepare a draft policy on electric vehicles in the city.

The policy would be aimed at reducing pollution in the city by bringing down emissions from motor vehicles. The Administration will gradually improve the infrastructure to encourage the sale of electric vehicles in the city.

In order to reduce air and noise pollution and dependence on fossil fuels, the UT Administration had pressed into service 40 electric buses on express routes in the city. The authorities have also initiated a process for the procurement of another 40 electric buses and these are expected to be received next year.