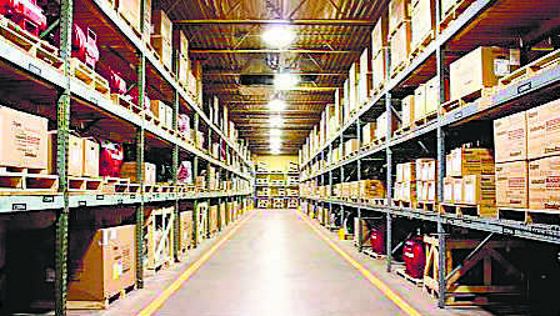 Members of the Chandigarh Beopar Mandal (CBM) and the Tent Dealers Society have requested the UT Administration to initiate the process to build a warehousing complex in Sector 38 and the Industrial Area, Phase III, as per Master Plan 2031.

A joint delegation of the CBM and the Society today called on UT Adviser Dharam Pal and told him about the need for the availability of warehouse units for city entrepreneurs and tent dealers who cannot afford expensive commercial units for their tents and catering goods in the city. The joint delegation consisted of Charanjiv Singh, president, and Diwakar Sahoonja, spokesperson, CBM, Anil Vohra, advisor, and Jasbir Singh Bunty, president of the Tent Dealers Society.

In a memorandum submitted to the UT Adviser, Charanjiv stated that there was no sufficient place in the city where warehousing of goods and material to provide logistic support to trade and industry could be done.

Bunty said since no commercial building in the city allowed storage of tenting and catering goods, several tent dealers had shifted to nearby tricity areas and their businesses had suffered a lot.

Diwakar appealed to the Adviser to withdraw all pending penalty cases and also notify all pending need-based changes in the building bylaws before finalising rationalised penalty rates for misuse and building violations in the city.