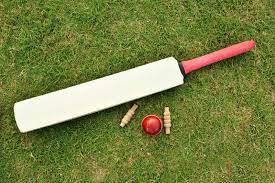 Former state cricketer Prem Kumar, who is one of the former founding members of the Union Territory Cricket Association (UTCA), Chandigarh, has written a letter to UTCA and BCCI officials alleging irregularities in the association.

The letter came as a ‘Pandora’s box’ ahead of the UTCA’s annual general meeting (AGM), scheduled for October 30. Meanwhile, several members alleged that they were yet to receive the AGM’s invitation and agendas.

“As per Chapter 8 under heading XXXVII of the Constitution of the UTCA, orders and memorandum of the UTCA, including the apex council and the general body, shall be freely available to the general public at a reasonable price,” raised Kumar.

Kumar alleged that even after the adoption of the new constitution, the UTCA failed to do so.

“No CEO has been appointed so far. The association has no stadium and the availability of Mahajan Cricket Ground with the association is merely an eyewash. Not a single cricket academy of the UTCA has been set up till date. Players are doing practice at private academies after paying hefty charges. No ethics officer has been appointed at the advice of the apex council. UTCA officials have kept the reality of having their own cricket stadia and academies before the members of the BCCI affiliation committee appointed by the BCCI, which is concocted and falsely projected,” alleged Kumar.

The scheduled annual general meeting (AGM) mainly carries agenda to confirm minutes of the last AGM and adoption of audited statements of accounts for the year ended on March 31, 2021. Several life members claimed that a house of 2/3rd is needed to pass the agenda and they have been kept in the dark to avoid any kind of opposition. “We are yet to receive the AGM’s invitation. It should have been sent before 21 days along with the audited report. We have been kept in the dark intentionally. UTCA’s top brass relatives and friends, who have been made members, can easily fulfil the quorum,” said a senior member.

‘Invitation sent to all members’

“Invitation for the AGM has been sent to all members through courier as per law. Several members have received the invitation and we have the confirmation. Audited report must have been sent along. Other members will receive the invite soon. About the allegations, we are following all legal protocols and there’s nothing wrongdoing in the association. If anyone has any objection, they can approach us. We are yet to receive any kind of complaint letter from any member,” said Devinder Sharma, Treasurer, UTCA.