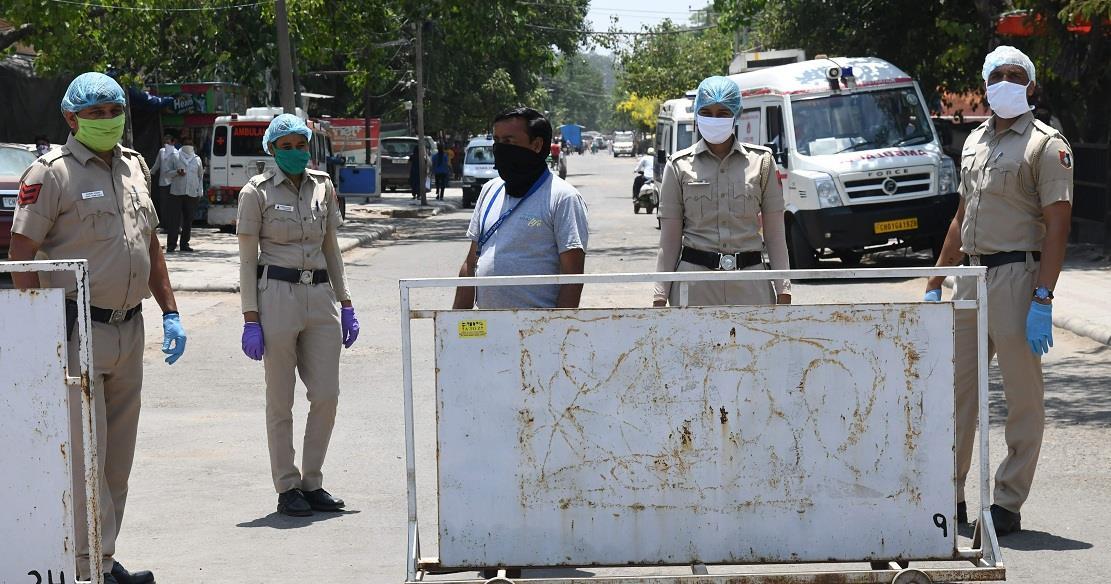 As coronavirus cases surged in the Mohali, the district administration on Tuesday disallowed entry into the area without an e-pass except for tricity residents.. Image only for representational purposes

As coronavirus cases surged in Mohali, the district administration on Tuesday disallowed entry into the area without an e-pass except for tricity residents.

“No unauthorized entry would be allowed and a strict vigil would be maintained at all the five Border Check Posts in the district to ensure that everybody entering the district goes through proper procedures as laid out in the advisory regarding Standard Operating Procedures (SOPs),” said Deputy Commissioner Girish Dayalan.

However, this would not be applicable in the Tricity area as a significant number of people staying in Chandigarh and Panchkula, work in government offices or IT companies in Mohali and vice versa. The people would only have to show an ID card issued from their offices or residence proof to the police.

Dayalan said that given the rising cases of coronavirus, the district administration would double up its efforts, which would include deploying police and health departments teams, to make sure that everybody coming to the district is made to go through proper medical screening. Three screening centres each will be set up at Siswan, Jharmari, Zirakpur, Bohra Khera Morh, and Nagal Morh border check posts. Only e-passes generated through Cova app would be accepted, he added.

Dayalan said data entry operators would be deployed at every border check post for maintaining complete information about every person entering the district. Experts at each border post who would assist the people in downloading the Cova app. Besides, an ambulance service would also be kept on call to ensure its availability at short notice, he added.

“Any person coming to Punjab via any mode—i.e. Road, rail or air— shall henceforth, and till further orders, would be medically screened when he/she enters Punjab and will be required to e-register himself/herself through any of the following means before starting his/her journey to Punjab. By uploading the Cova app on his/her mobile phone and then registering himself/herself and each member of his/her family travelling with him/her,” he added.

The DC the e-registration slip would be pasted on the windscreen of vehicles. If travelling in public transport, the slip should be downloaded on the phone. Travellers could also login on to portalhttps://cova.punjab.gov.in/registration and then e-register all members of their family travelling with them to Punjab.

He said in case any inbound traveller does not undertake the steps detailed above, then they would be asked at the border or rail, airport check post to cooperate with the team of the Punjab Government, who would undertake the data capturing process there at the spot itself.

He further said that except for frequent travellers, all inbound persons will have to undertake a self-quarantine of 14 days in Punjab. They will have to update their health status daily on COVA app or would have to call 112 daily during this period. He further said that for international travellers, the quarantine would be institutional for the first seven days and home for the next seven days. Any violation of these instructions will make violators liable for penal action, he added.