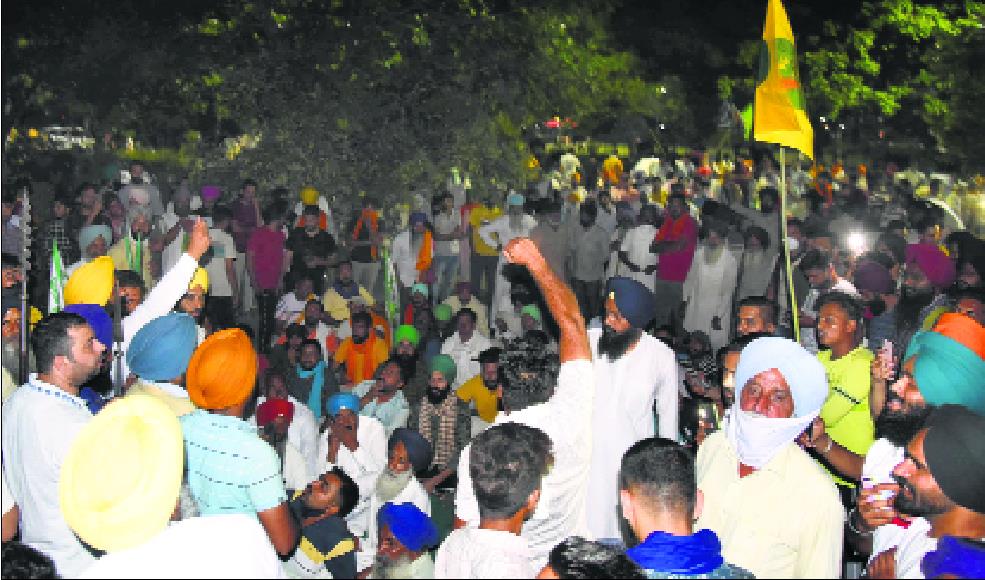 Around 50 farmers belonging to different organisations, who assembled at Thapli to protest against Chief Minister Manohar Lal Khattar before his arrival for an inauguration of a Panchkarma Wellness Centre, were detained by the police.

Khattar was to reach the venue after overseeing the demonstration of adventure activities at Tikkar Tal in the Morni area.

The protesters were subsequently taken to the Crime Branch police station, Sector 26, in four police vehicles.

To express solidarity with those detained, hundreds of their supporters subsequently gathered outside the Crime Branch, demanding their immediate release. Anticipating the protest gathering steam, the police had to release the detained farmers after five hours. The supporters welcomed them. No FIR or police action was taken. Farmers claimed a compromise was reached after the police apologised for their ‘misbehaviour’.

While agitating farmers have accused the police of high-handedness as they were protesting ‘peacefully’, the police said as the protesters were marching towards the Chief Minister’s helipad by breaching the barricading, they had to round them up.

Deputy Commissioner of Police (DCP) Mohit Handa said the police had issued protesters a warning, but they remained adamant on marchng towards the CM’s helipad despite VVIP security concern. “Hence, we had to detain them,” he said before the release of the detainees.

Congress workers, led by former Deputy Chief Minister Chander Mohan, had also reached outside the Crime Branch in the evening.

Some farmers, through a video message, had appealed to people to gather in large numbers outside the Crime Branch police station to support them.

Protesting farmers, some of them holding black flags, were seen sitting on the road surrounded by the police in Thapli before the CM’s arrival. The police were grabbing people to clear the protest site, leading to minor scuffles. A Sikh farmer, who was among the protesters, alleged that the police pulled off his turban.

The protesters also raised slogans against the BJP governments – both at the Centre and the state - over farm laws. Raj Gill, the only woman among those detained, accused cops of misconduct. “There was no woman cop to pick me up. When I protested, two women cops in plain clothes came and put me into a bus,” she said. Condemning the incident, Congress national spokesperson Randeep Surjewala said the Khattar government was the most unpopular and anti-people government in the history of Haryana. He added that farmers would soon send the BJP-JJP out of power.