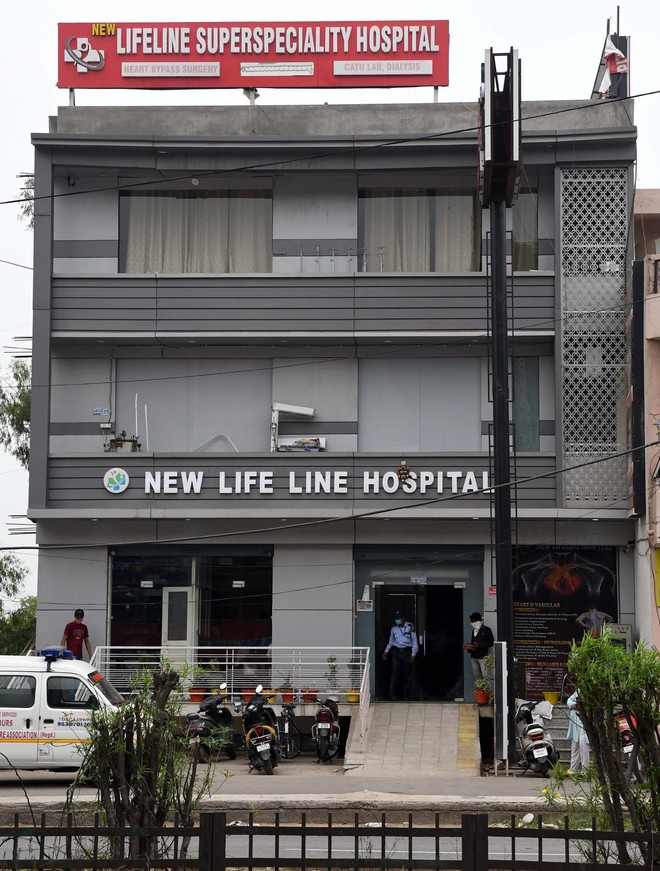 A day after the submission of the inquiry report, an FIR has been registered against Lifeline Hospital, Zirakpur, for overcharging. The inquiry report has been forwarded to a medical board to determine the extent of medical negligence and the subsequent punitive action.

Directing all private hospitals in the district to prominently display government-capped Covid treatment charges, Mohali Deputy Commissioner Girish Dayalan said to prevent these hospitals from exploiting patients, the government had fixed the charges for different category of hospitals according to the illness status of the patient.

Disclosing this, Deputy Commissioner Girish Dayalan said Punjab Health Minister Balbir Singh Sidhu had announced that a state-level committee would soon conduct a detailed audit of the treatment of Covid-19 patients by private hospitals. He said anyone could file a complaint about fleecing on the 104 helpline number of the Health Department and action would be taken immediately.

Dayalan said nodal officers for grievance redressal in the district were the SDMs of the respective subdivision — Himanshu Jain (9533502245) for Kharar, Kuldeep Bawa (9815711006) for Dera Bassi and Jagdeep Sehgal (8727856083) for Mohali. The treatment charges for tertiary care (L3) in private medical colleges and hospitals without ventilator and with ventilator (invasive/non-invasive) for moderate to very sick patients range from Rs10,000 to Rs18,000. For details, a copy of the government orders could be seen on the website of the district administration, he said.

Directing all private hospitals in the district to prominently display government-capped Covid treatment charges, Dayalan said to prevent these hospitals from exploiting patients, the government had fixed the charges for different category of hospitals according to the illness status of the patient.

Dayalan said hospitals had also been advised to exhibit the name of the nodal officer for grievance redressal so that patients’ family/attendant could approach the office concerned and air their grievances. Reiterating strict action against hospitals overcharging Covid patients, he said stringent action under the Epidemic Diseases Act would be taken against erring hospitals. The government was empowered to shut the hospital or take control over it, if need be, he warned.