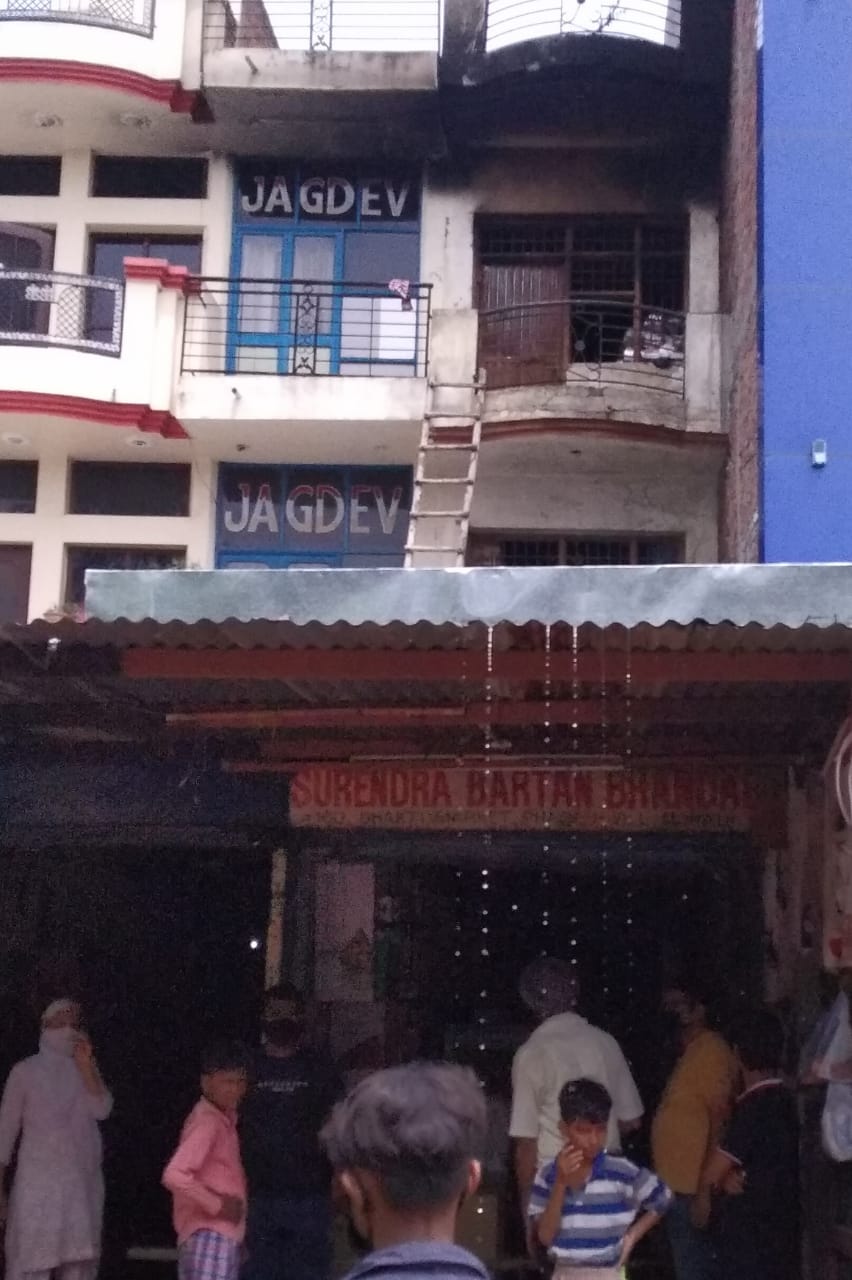 Fire at a store due to short circuit at Mohali village near kiosk market Phase-1 Mohali on Tuesday. Tribune photo: Vicky

A fire broke out in a utensils shop in Mohali village adjacent to the kiosk market of Phase 1 in the city on Tuesday morning.

However, no loss of life was reported from the incident.

After receiving the message, the fire tenders rushed to the spot to douse the fire that had engulfed the second floor of the shop where plastic items had been kept.

The firemen were able to control the fire within half an hour.

Fire Officer Mohan Lal Verma said the short circuit appeared to be the cause of fire. He said six fire tenders were rushed to the spot which managed to douse the fire within half an hour. He said actual loss would be known after getting the details of the items kept at the second floor.