Five held in Mohali for betting : The Tribune India

Five held in Mohali for betting 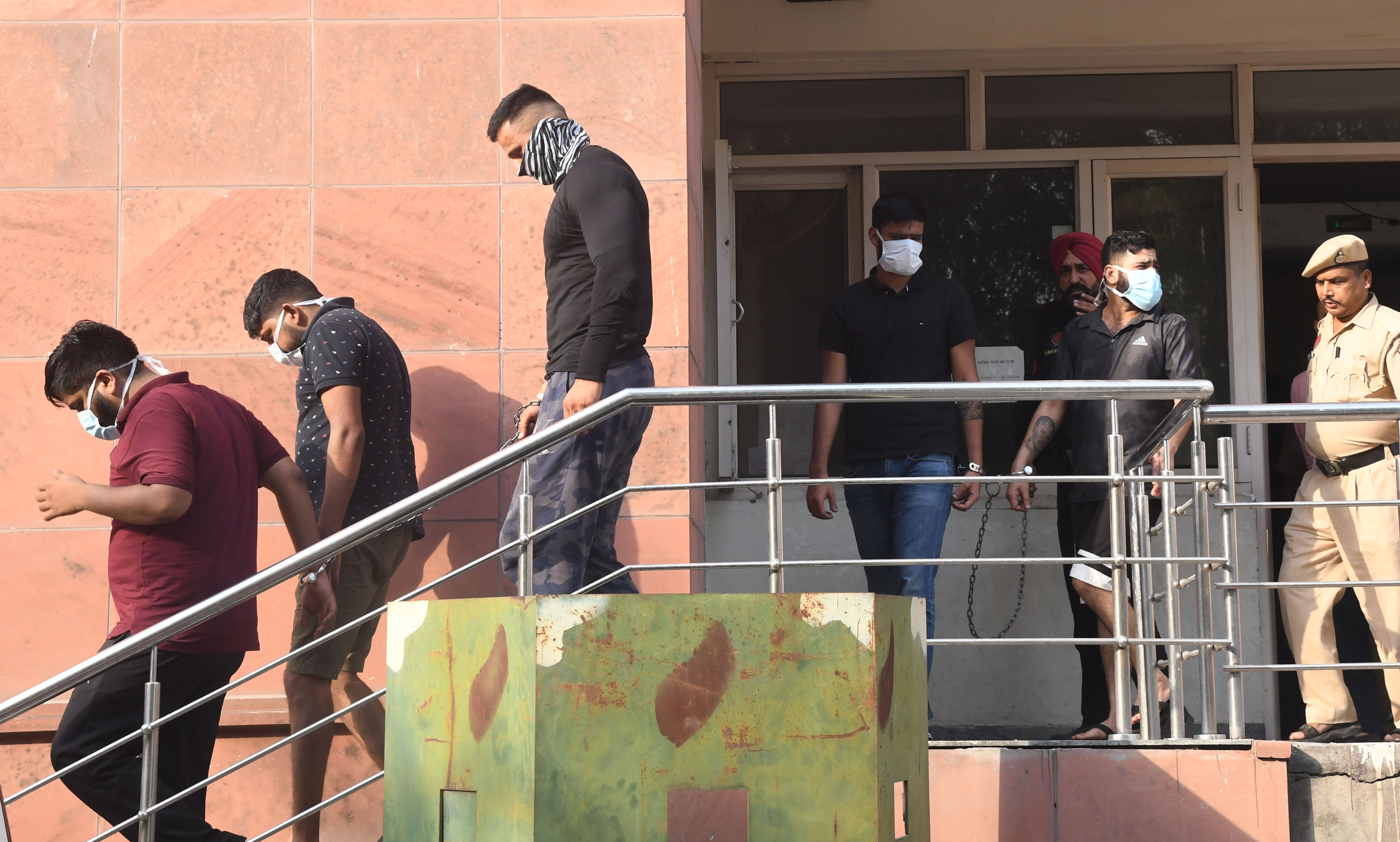 The five suspects, who were produced before the court in Mohali on Tuesday. Tribune photo: Vicky

The Mohali police arrested five alleged bookies from Homeland Housing Society in Sector 70 here and recovered phones and laptops besides other equipment used for betting.

The suspects have been identified as Pathankot resident Abhimanyu, Pawandeep, Himanshu Mahajan and Tahir Mahajan and Zirakpur resident Manik Bansal. They were produced in a court, which sent them to five-day police remand.

The police said the kingpin of the racket, Rubal Mahajan of Pathankot, is yet to be arrested. He had taken a rented accommodation on the fifth floor of the upscale housing society to evade the police.

Cops said the suspects were nabbed while placing bets on the second ODI between Afghanistan and Zimbabwe on June 6. The police recovered two SUVs and a BMW car, 12 smartphones, two laptops, a suitcase with a setup of 20 phones and other betting-related equipment from them.

A case was registered against them under Section 420 of the IPC and the Gambling Act at the Mataur police station.