Two more patients were discharged on Saturday, taking the number of those cured to 395 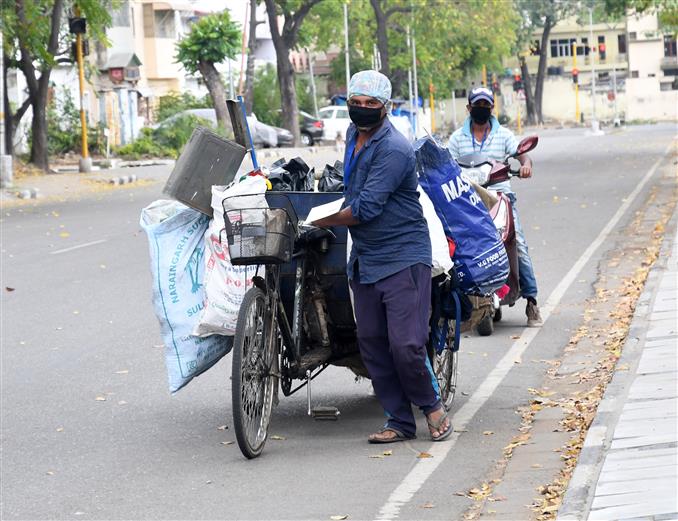 A door-to-door garbage collector wears a mask and cap for the safety from COVID-19 in Chandigarh on Saturday, July 4, 2020. Tribune Photo: Pradeep Tewari

Five more people tested positive for COVID-19 in Chandigarh on Saturday, taking the tally in the Union Territory to 459.

A 64-year-old woman, a resident of Daria, tested positive for the disease. Samples of her seven family members would be taken for testing, a medical bulletin said.

A 57-year-old man of Sector 30 and a 27-year-old woman of Manimajra are also among the fresh cases reported in the city on Saturday.

Two more COVID-19 patients were discharged on Saturday after they recovered from the infection, taking the number of those cured to 395, the bulletin said.

A total of 8,209 samples have been taken for testing so far and of these, 7,717 tested negative while the reports of 31 cases are awaited.

There are 58 active cases as of now in the Union Territory and six people have died of the disease so far. PTI