Focus back on Chandigarh University’s nomenclature : The Tribune India

Focus back on Chandigarh University’s nomenclature

No link to Chandigarh University, Panjab University had clarified 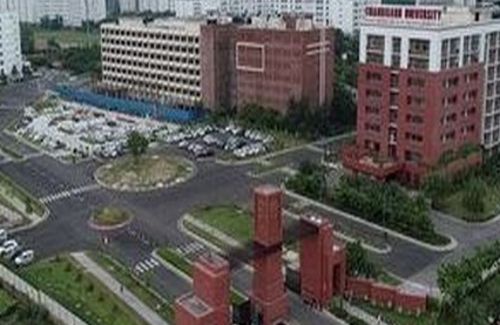 The private university using “Chandigarh” in its nomenclature has yet again brought back to focus debate over propriety in using names causing confusion with other institutions or places. - File photo

The private university using “Chandigarh” in its nomenclature has yet again brought back to focus debate over propriety in using names causing confusion with other institutions or places. Yesterday, UT MP Kirron Kher had pointed out Chandigarh was earning a bad name due to the video ‘leak’ at the CU.

The notice had further clarified no official of Panjab University or admission cell was giving any call to prospective candidates for seeking admission to the PU or for submitting admission fee.

The issue was also raised during a meeting of the PU Senate. In 2018, the varsity had constituted a nine-member panel to look into the confusion among students between the PU and CU.

City-based social activist Ajay Jagga along with PU teachers had highlighted how use of name “Chandigarh University” was in complete violation of the Emblems and Names (Prevention of Improper Use) Act-1950, aimed at preventing improper use of certain names for professional and commercial purposes. Section 3 of the Act bars any name that suggests patronage of the Government of India or state government.

Gurmeet Singh, Senator, PU said: “I have raised the matter time and again as many students seeking admission to the CU would visit the PU to submit fee. We had to return them after clarifying the CU was located 25 km from the city.”

Vijay Kumar, a city resident said: “Even yesterday, many people started asking me if the incident had happened on the PU campus, as they confused it with CU.”

Many BJP leaders, including Defence Minister Rajnath Singh and Minister of Commerce and Industry Piyush Goyal, have visited the CU over the past few years. Minister of State Meenakshi Lekhi had attended a Guinness World Record event for world’s largest human formation of a waving national flag. A day before the incident, Union Minister Smriti Irani had donated blood at a camp at Grain Market, Sector 39, organised by the CU. Its co-founder Satnam Sandhu also shares proximity to BJP leaders.

Chandigarh MP Kirron Kher said: “It is the duty of the management to bring students to justice but when the management starts taking other interest instead of students’ concerns, such things happen. I am grateful I have never gone to this university and neither had I attended any of the programmes”