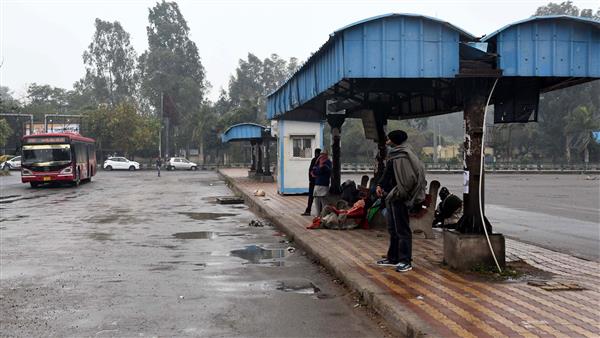 People wait for a bus at the Chandigarh railway station. NITIN MITTAL

The foggy weather continues to slow down passenger trains that ply through the city railway station. Delayed by five hours, Sachkhand Express (number 12716) running from Amritsar to Nanded, which arrives at the city station at 9 am, arrived at about 2 pm today. Sachkhand Express -12715 (Nanded to Amritsar Junction), too, was delayed by two and a half hours. Besides, Amritsar-Mumbai Bandra T Paschim SF Express (number 12926), was delayed by three hours.

An official from the city station said, “The two pairs of trains are late by a few hours because of the foggy weather. This happens every year. As soon as the weather gets better, trains will start plying on their designated routes on time.” —