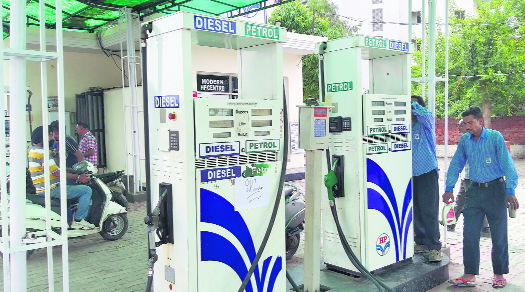 The executive committee meeting of the Federation of Sectors’ Welfare Association (FOSWAC), Chandigarh, today raised their concerns over the rising fuel, gas and water prices.

JS Gogia, general secretary, FOSWAC, triggered the discussion on the increasing rates of petrol, diesel, gas, transportation, logistics and hike in the water tariff, and their impact on the day-to-day life of citizens.

Baljinder Singh Bittu, chairman, said the hefty increase in water tariff, along with sewage cess, despite the assurances given by the municipal authorities and councillors, was condemnable.

Bittu said despite tall claims by MP Kirron Kher, UTAdministration and the Municipal Corporation, the problem of garbage in Dadu Majra had not been resolved till date. Chief spokesperson Pankaj Gupta said the recent increase in gas and water bills was more than 30 per cent. RS Gill from Sector 8 said the MC intended to recover Rs500 crore from the water bills over a period of time without any value addition.

Several members said if Delhi could supply free water for Rs2 crore, why cannot the MC repeat the same model in Chandigarh?

In the second half, Debendra Dalai, CEO, ‘CREST’, joined the meeting along with his team. He inspired the RWAs to come forward to install solar panels on their rooftops. He said it would not only reduce the electricity bills but also contribute green energy for the country.