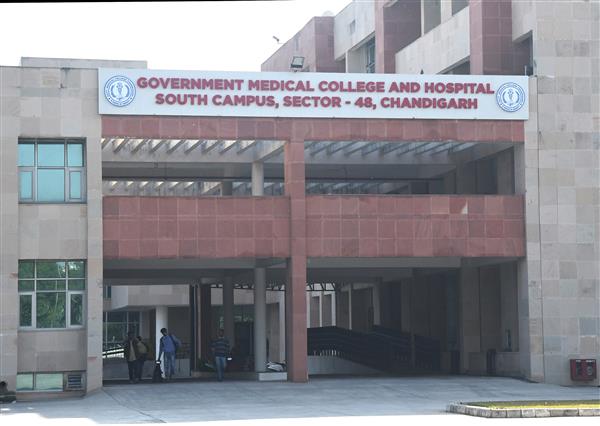 They were earlier operating from the GMCH main campus in Sector 32.

The start of the OPD services will fulfil the long-standing demand of local residents.

This issue was raised by Rajinder Kumar Sharma, ward councillor with Adviser to the Administrator, during the Advisory Council meeting on November 24.

Taking cognizance, GMCH authorities were asked to start the OPD services in Sector 48 hospital at the earliest.

These OPDs will be manned by consultants and residents from the respective departments. OPD timings will be from 10 a.m. to 12 noon. Registration will be open from 9 a.m. to 11 a.m.

In addition, there will be facilities for X-rays, sample collection and pharmacy.

After inauguration, during interaction with representatives of housing societies and the public, Secretary Health Garg assured them that administration as well as the GMCH is committed to provide accessible and quality healthcare to all citizens.

"Opening of these OPDs is another step in that direction. The arrangements in place will be reviewed at regular intervals to further improve it," he said.

He also stressed on the importance and benefits of enrolling for Ayushman Bharat Health ID for ease of availing many health facilities and also portability of electronic health records all over India in a confidential manner.

Ward councillor Sharma expressed gratitude to the Adviser to the Administrator, the Health Secretary and the GMCH authorities for starting OPD services which will benefit the local, especially the senior citizens.

Jasbinder Kaur, Director-Principal, assured that with the support of the Chandigarh Administration and feedback from the public, they will further improvement in the services in coming months.