Gangster wanted by Haryana, UP cops nabbed by Chandigarh police 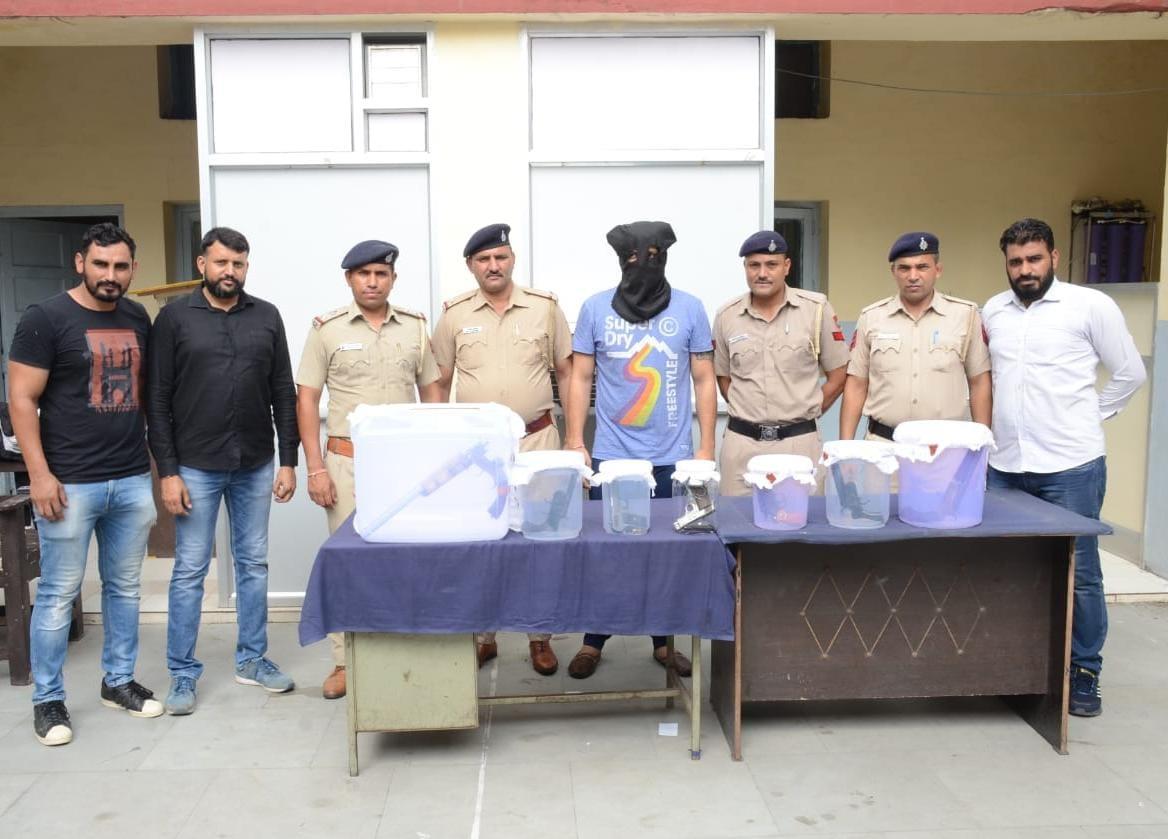 A gangster belonging to the Manjeet Mahal gang, active in the NCR area, has been arrested by the Crime Branch of the UT police.

A gangster belonging to the Manjeet Mahal gang, active in the NCR area, has been arrested by the Crime Branch of the UT police. Seven illegal weapons have been recovered from him.

Vinit Gahlot, alias Vicky Mitrau, a proclaimed offender who had been on the run for the past three years, was nabbed by a team led by Inspector Satvinder Singh. He was wanted by the Haryana and Uttar Pradesh police in several cases of murder and Arms Act.

UT cops had been looking for Vinit as his named had cropped up in an Arms Act case after a suspect, Rakesh, was arrested by the crime branch for possessing an illegal weapon. The weapon was sold to the suspect by Vinit.

The police said Vinit was apprehended from Zirakpur on August 3.

According to the police, the gangster was involved in the murder of Deepak during a dacoity at a showroom in Sector 20, Panchkula. Vinit is also accused of killing a man in Binjor in April, 2019.

In May, 2019, a team of the Bijnor police had reached Panchkula to nab Vinit. It had pursued a Jaguar car in which Vinit and his accomplice were present but it met with an accident. Vinit, however, fled leaving the car behind.

Vinit’s elder brother Ashok Gahlot is also a gangster and is currently lodged in the Mandoli Jail, Delhi, under the stringent Maharashtra Control of Organised Crime Act with 18 cases of murder, extortion and Arms Act registered against him.