Says next three months crucial, need to be prepared for any eventuality 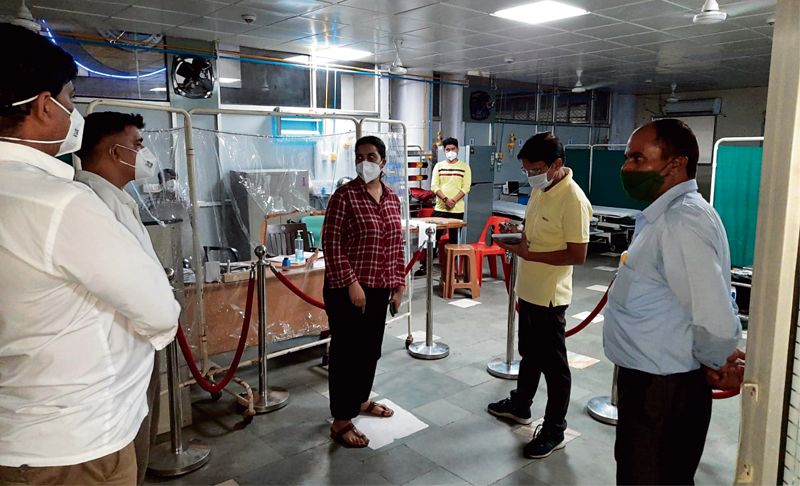 In view of an imminent threat posed by the third wave of Covid, private hospitals of the city have been directed to install oxygen generation plants and procure enough oxygen cylinders to deal with any sudden patient surge.

The hospitals will also be subjected to oxygen and fire audits anytime soon.

The hospitals have also been asked to check manpower arrangements and ambulance services so that there is no last minute hassle.

An oxygen audit team will be formed to check leakages and other discrepancies in the oxygen flow system of the hospitals, at least on a weekly basis. Proper record to be kept for oxygen supplies and its utilisation on a daily basis. A fire-audit will also be conducted within 15 days.

UT Health Secretary Yashpal Garg said: “Considering the threat of the third wave of Covid-19, there is a need to prepare for handling of the positivity rate which may be even higher than the second wave that was witnessed during April-May this year.”

“The next three months, up to December-end, are very crucial and we need to remain in alert mode,” Garg asserted.

All the private hospitals are advised to install a pressure swing adsorption (PSA) oxygen plant, which is mandatory for the hospitals with 50 or more beds, said a health official.

During a meeting headed by the Health Secretary on September 10, it was agreed to allow the hospitals to install the PSA plant on roof top.

As per the instructions, each of the private hospitals should have enough empty cylinders to take care of any sort of delay in refilling – a backup for 2-3 days.

Accordingly, a hospital should have a sufficient number of oxygen cylinders, which is at least three times of the daily requirement, said the official.

The Health Secretary, meanwhile, directed that oxygen supply lines and other equipment need to be tested immediately and if required, repair works be carried out to ensure that there was no leakage.

“There should not be any oxygen leakage and the staff should be trained for rational use of oxygen,” said Garg.

“The training for optimum utilisation of oxygen was conducted during the second wave and the same can be conducted again on a short notice of three days,” said the Health Secretary.

“The equipment like flow metres and other consumables should be available in sufficient quantity to take care of any emergency,” he added.

The private hospitals have also been asked to create a back-up plan so as to reduce dependency on oxygen cylinders.

The hospitals have also been asked to procure sufficient number of oxygen concentrators (10l capacity).

They have also been told to create buffer stock for all the critical medicines. The suggestive list of medicines will be provided by the Director, Health Services, said the health official.

Garg, meanwhile, instructed that the ambulances must be equipped with the facilities to handle and transport the patients on oxygen support and the critical care patients.

The ambulance drivers and staff must be trained in basic life support and ambulance oxygen delivery system, so that the patient care can be enhanced for better outcome, he said.

Garg further instructed that in order to meet the additional requirement of qualified manpower, hospitals should tie-up with some manpower supply agencies.