Get entry passes for IAF show on Chandigarh tourism app : The Tribune India

Sukhna Lake to be out of bounds for walkers, general public on Oct 6, 8 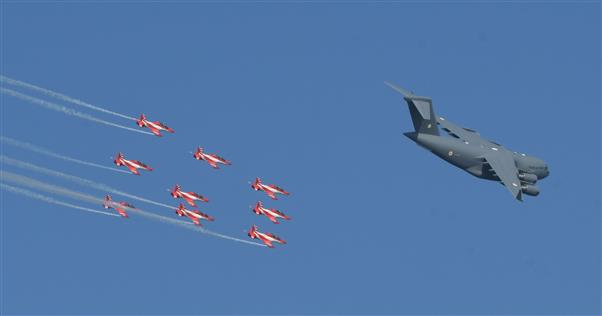 People can obtain entry passes for the IAF show, to be held at Sukhna Lake on October 6 and 8, on “Chandigarh Tourism App”, which was launched by UT Adviser Dharam Pal today. 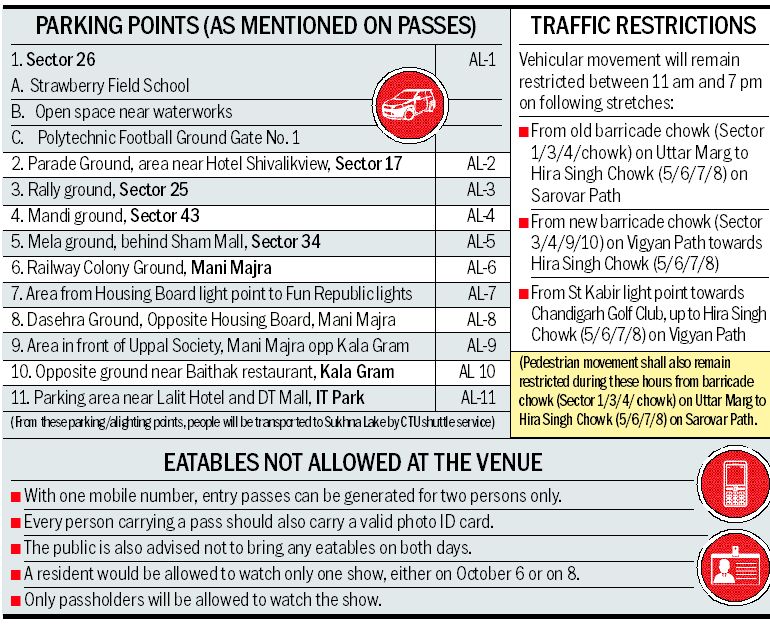 The Adviser said the entire Sukhna Lake area had been divided into seven zones with separate entry staircases for the show. General public, while booking entry passes, would have the option of selecting alighting (parking) points of their choice.

With one mobile number, entry passes can be generated for two persons only. Each entry pass will have a QR code, which will be valid only with a valid photo ID card.

On each entry pass, zone number, alighting point and entry staircase will be prominently displayed.

Dharam Pal advised the public to reach the alighting points as mentioned on their entry passes by their own arrangements, with or without vehicle.

The app can be downloaded from Google Play Store and Apple App Store. It will be registered through a mobile number and OTP.

Advisory regarding the protocol to be followed for attending the air show is also mentioned on the app.

The CTU shuttle service will be provided for pick and drop-off from the alighting points to the designated zones at Sukhna Lake and back, for which an online payment of Rs 20 can be made through the app.

The public will have to be seated by 2 pm and the programme would start at 2.30 pm and continue till 5pm on each day. The lake area would have a capacity of nearly 35,000 people each day.

Meanwhile, DGP Praveer Ranjan said nearly 4,000 police personnel would be deployed and 30 nakas set up to manage traffic and guide motorists. The entire lake area would be under the surveillance of CCTV cameras and no general visitors would be allowed at the lake on October 6 and 8.