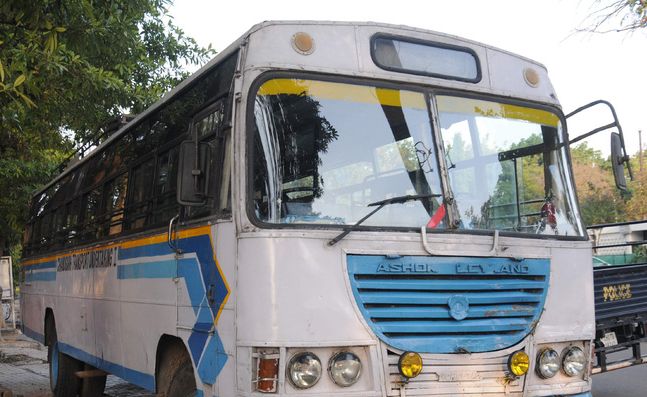 A girl riding pillion on a scooter was killed when a CTU bus coming from Delhi ran over her near the Zirakpur-Chandigarh flyover this evening.

The victim, Simran, was a resident of Raipur Kalan in Chandigarh. According to information, the accident occurred when Simran, along with an acquaintance, was returning home on a scooter. As they reached near Sharma Farm near the Zirakpur flyover, a CTU bus coming from the Ambala side allegedly hit their two-wheeler in the rear side. She fell in the middle of the road and was run over by the bus resulting in her death on the spot. Her acquaintance had fallen towards the left. The post-mortem examination will be conducted tomorrow.