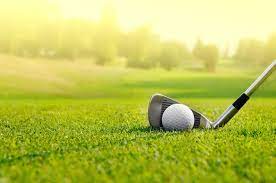 Green Gators, meanwhile, witnessed many ups and downs before eventually registering a 5-2 win. The score line does not do justice and the real story of the day was the lone ball Surinderjit Singh beating two opposition players as no last-minute substitute was possible. RS Bedi of Green Gators also recorded the biggest win of the day after winning 8 & 7.

The most exciting contest was between Captain’s 18 and Soaring Eagles, which ended with both sides splitting a point on the final hole of the match. Four of the seven games went to the last two holes to decide their fate and both sides recovered from trailing positions in a see-saw battle.

On a day of tight matches, Partee Panthers & Empire also shared points with three of their matches going down to the wire. The excitement is palpable for the upcoming games over Friday and Sunday.