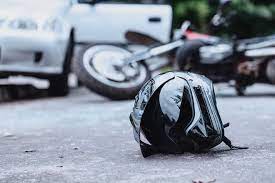 A security guard was killed when his motorcycle was hit by an unknown vehicle on the Zirakpur-Patiala highway in the wee hours of today. The victim has been identified as Makhan Singh (46), a resident of Rajpura.

Nishan Singh, brother of the victim and resident of Nizampur, Ambala, in his statement to the police, alleged that he and Makhan were heading towards Rajpura around 3 am on separate vehicles. He said an unknown vehicle hit his brother’s motorcycle when he was heading for his home in Rajpura. The police said Makhan Singh fell on the road and sustained serious head injuries. He was rushed to a hospital at Banur where he was declared brought dead by doctors.

A case has been registered in this regard.

chandigarh: In a hit-and-run case, two persons riding a cycle were killed after being hit by an unknown vehicle. According to the police, complainant Ajit Kumar, a resident of Sector 52, reported that his uncles, Raj Kishore (40) and Bittu (32), got injured after their cycle was hit by a vehicle on the road separating Sector 42 and 43. They were rushed to a hospital, where doctors declared brought dead. The police have registered a case at the Sector 36 police station.