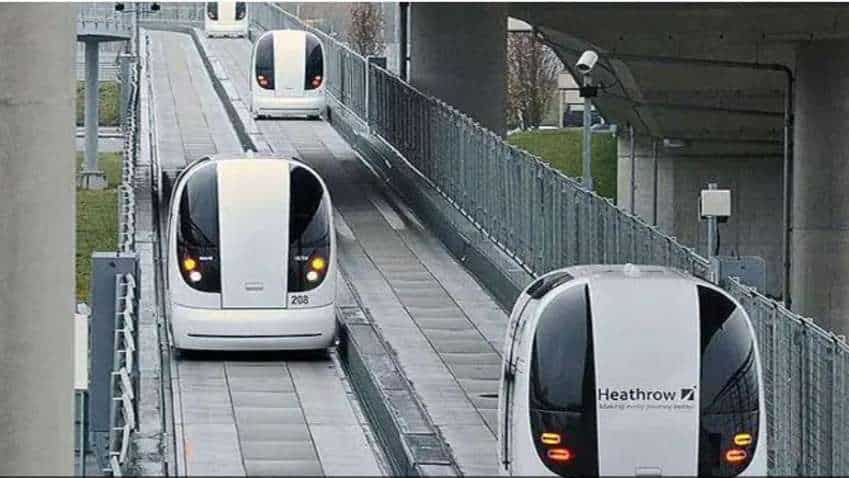 For representational purpose only .

The Haryana Government has proposed a next-generation cost-effective personalised rapid transport (PRT) system based on pod car to provide shortest and effective connectivity between the old Chandigarh airport and the new international terminal located in Mohali.

The proposal was submitted by Haryana Chief Secretary Sanjeev Kaushal at a recent meeting, convened by Chandigarh Administrator Banwarilal Purohit and attended by senior officers of Haryana and Chandigarh, at the Punjab Raj Bhawan. On implementation, it would cut down on the long road travel, which residents of the Tricity besides neighbouring states have to undertake at present.

The Chief Secretary said the Haryana Metro Rail transport Corporation (HMRTC), a wholly owned company of the Haryana Government under the Haryana Shahari Vikas Pradhikaran, had proposed the pod car system to connect the old terminal with the new one, which was cost-effective, convenient and required only six acres along the airport boundary. The ownership of the land would remain with the IAF.

Kaushal said 77 pods were initially envisaged to be put into service to ferry passengers as well as goods. It would be a secured guided transit system with two stoppages. Pods could not be forcefully stopped midway and thus addressed any security concern.

According to the proposal, each pod could seat six passengers with ample space for luggage. However, the capacity could be changed as per need and the time travel would be 8 to 10 minutes between the two terminals, he added.

It said the UT Administration might go ahead with its proposal to provide new shorter road connectivity to the New Chandigarh International Airport. The HMRTC might get the detailed project report prepared in the next three months and submit it.

77 pods each with capacity to ferry 6 passengers, luggage to be used

6 acres needed along airport boundary; land to remain with IAF