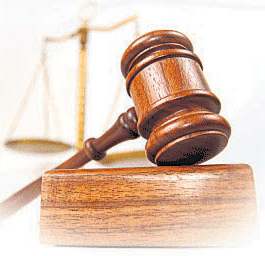 The Punjab and Haryana High Court today fixed June 8 for hearing a petition filed by the Independent Schools’ Association (ISA) challenging directions to unaided private schools to upload balance sheets on their websites and the constitution of the Fee Regulatory Authority.

The petition filed against the Union of India and four other respondents was today placed before the Bench of Justice Rakesh Kumar Jain and Justice Ashok Kumar Verma, but the hearing was adjourned. Comprising 78 unaided privately managed schools, the association and two other schools were seeking directions to the respondents for quashing orders, memos and correspondence whereby the respondents directed the private unaided schools to upload the income and expenditure account and balance sheets on the websites.

Counsel Aashish Chopra submitted the direction was issued even though the account statements were available with the authorities concerned.

Going into the background of the matter, Chopra submitted the UT District Education Officer recently started issuing memos and reminders to the private unaided schools and that in quick succession, asking the schools to upload income and expenditure account and balance sheet on their respective websites.

Chopra asserted the direction was in blatant disregard to their inherent autonomy. He said the schools had been threatened with action in case they failed to comply with the directions. Chopra submitted they were also challenging the composition of the regulatory body and the penalties imposed.

“The petitioners are now under legitimate apprehension that the respondents may adopt coercive measures against them, which would prove to be particularly harsh in the current milieu, where the schools are already reeling under the effect of the Covid-19 pandemic that too with limited manpower and resources. The petitioners are, thus, left with no other option but to seek redressal, through the present petition, from the High Court,” he said. —TNS