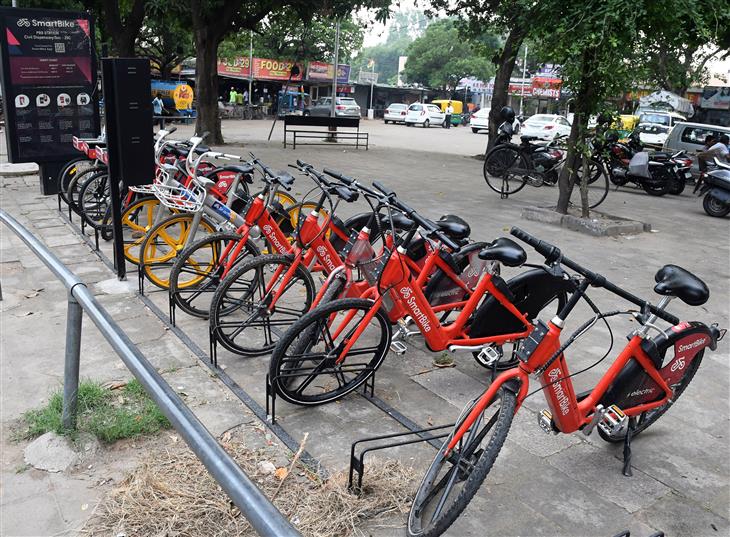 Even as the UT administration has moved to address viability concerns raised by the agency running the public bike-sharing (PBS) project by changing 62 docking stations across the city, grabbing a bicycle for a ride remains challenging for users as glitches continue to mar the ‘SmartBike’ application. 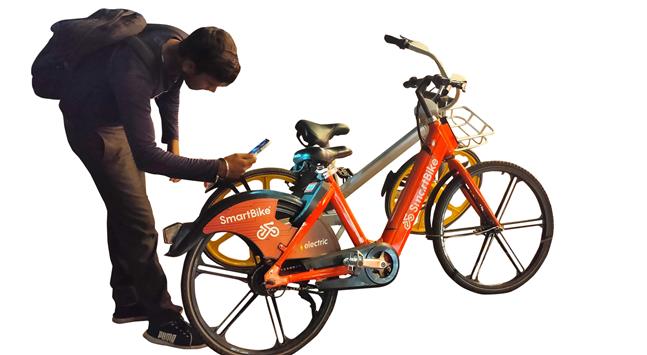 A random survey of docking stations by Chandigarh Tribune brought to the fore issues in unlocking bicycles using the application scanner. In fact, none of the bicycles at the four docking stations visited in different parts of the city could be unlocked. Glitches have been reported ever since the first phase of the project was launched in December 2020.

At a docking station on the road separating Sectors 34-44 in Sector 34-C, none of the 10 bicycles could be unlocked using the app. Similarly, bikes at docking stations in Sector 20-D parking lot, Sector 19-D and Sector 29 (in front of community centre) could not be unlocked. Each time, the app flashed the message: “Apologies for the inconvenience. Bike is under maintenance.”

On contacting the helpline provided at the docking station’s display board, a company’s representative replied: “It could be due to low battery issues. We have registered your complaint and appropriate action will be taken.”

RK Garg, an avid cyclist and president of the Senior Citizens’ Association, said: “Initially, I used to hire these bicycles, but after problems surfaced in unlocking these, I stopped availing the service. Most of the cycles are either damaged or do not get unlocked. To top it all, city users are paying double the fare (Rs 10/half hour) charged in neighbouring Panchukla (Rs 5/half hour).”

“The project seems to have failed. The UT is unnecessarily offering advertisement space to the firm when it has failed to offer the basis service of providing functional bicycles. The service provider claims to have been logging high ride volume, but it failed to provide me real-time data sought recently,” he said.

A college student said: “I tried hiring a bicycle from a Sector 19 docking station. The ride was booked but the lock never opened. Despite this, I was charged.” Similar experiences have been shared by several users in the city, but the problem seems to persist.

Vikash Bakshi, deputy manager, SmartBike Mobility Pvt Ltd, said: “There are network issues in some of the docking stations. Otherwise, all bicycles are running fine. We clock 1,500 rides daily. During weekends, the number goes up to 1,800.”

Flagging the issue of vandalism in the city, Bakshi added: “In areas such as Ram Darbar, Burail and Maloya, our bikes have been damaged by unscrupulous elements. In some cases, users have dumped bicycles at random places after the ride. We have been requesting the local police to assist us.”

After the agency raised concerns over certain docking stations failing to attract advertisers, the UT authorities have decided to change the location of 62 sites. The project depends heavily on renting out spaces for advertisements.